With Shepton Mallet, Longrun and Yeovil Parkruns cancelled due to icy conditions, unusually only Street Parkrun to report on this week.

Lots for support for James' 100th Parkrun. Dressed as a Roman Centurion, James enjoyed a gentle run around the course.  By the looks
of our percentages, the rest of us weren't pushing either. Although, it did feel hard under foot running through the snow and also a little
slippery. I ran with Kate for the first km, but she was definitely on a mission and crept off on her way to a knocking a fantastic 3 minutes
off her previous PB. Infact, there were 19 others also ringing the PB bell on Saturday; many on their 2nd or 3rd parkruns, New Year's
resolutions firmly under way.

Martin, Dave W and Sarah finished together, on Sarah's first Street Parkrun. Dave G was joined by a couple of marshals for his run through
the final stretch. Mike was 30 minute pacer, accompanied by Spencer and timed his run to perfection. 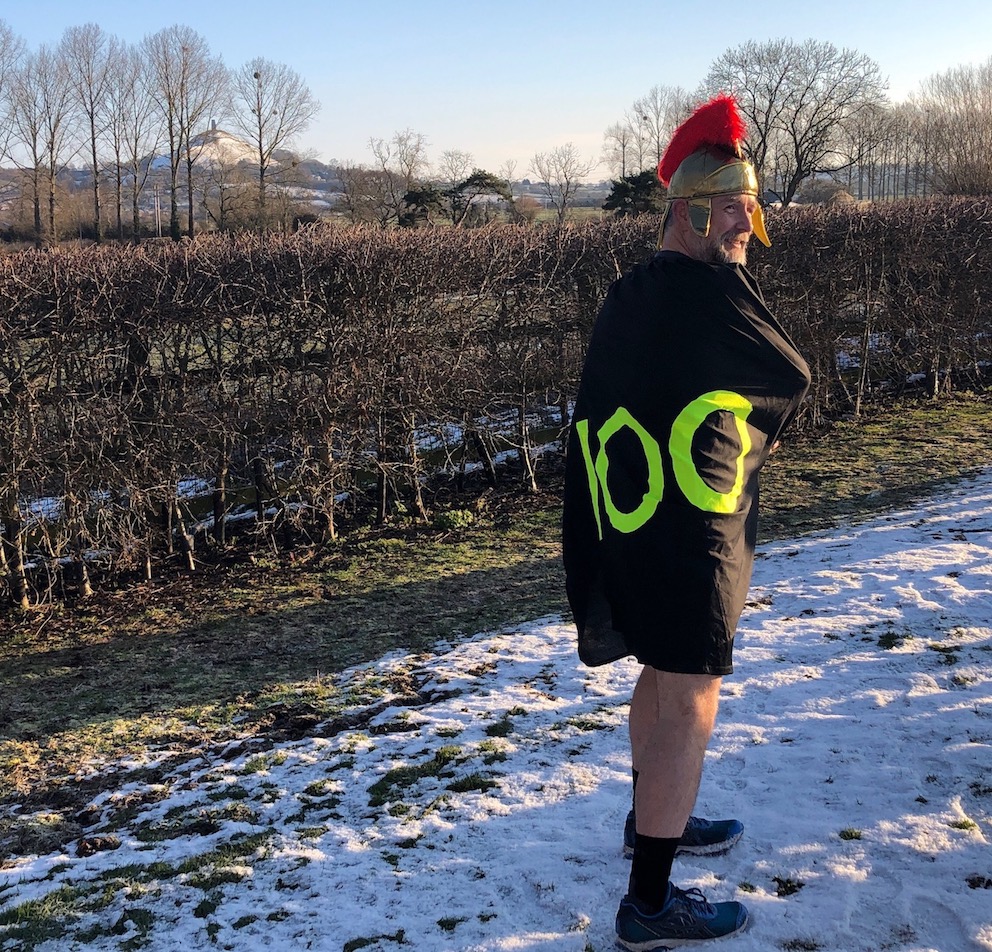 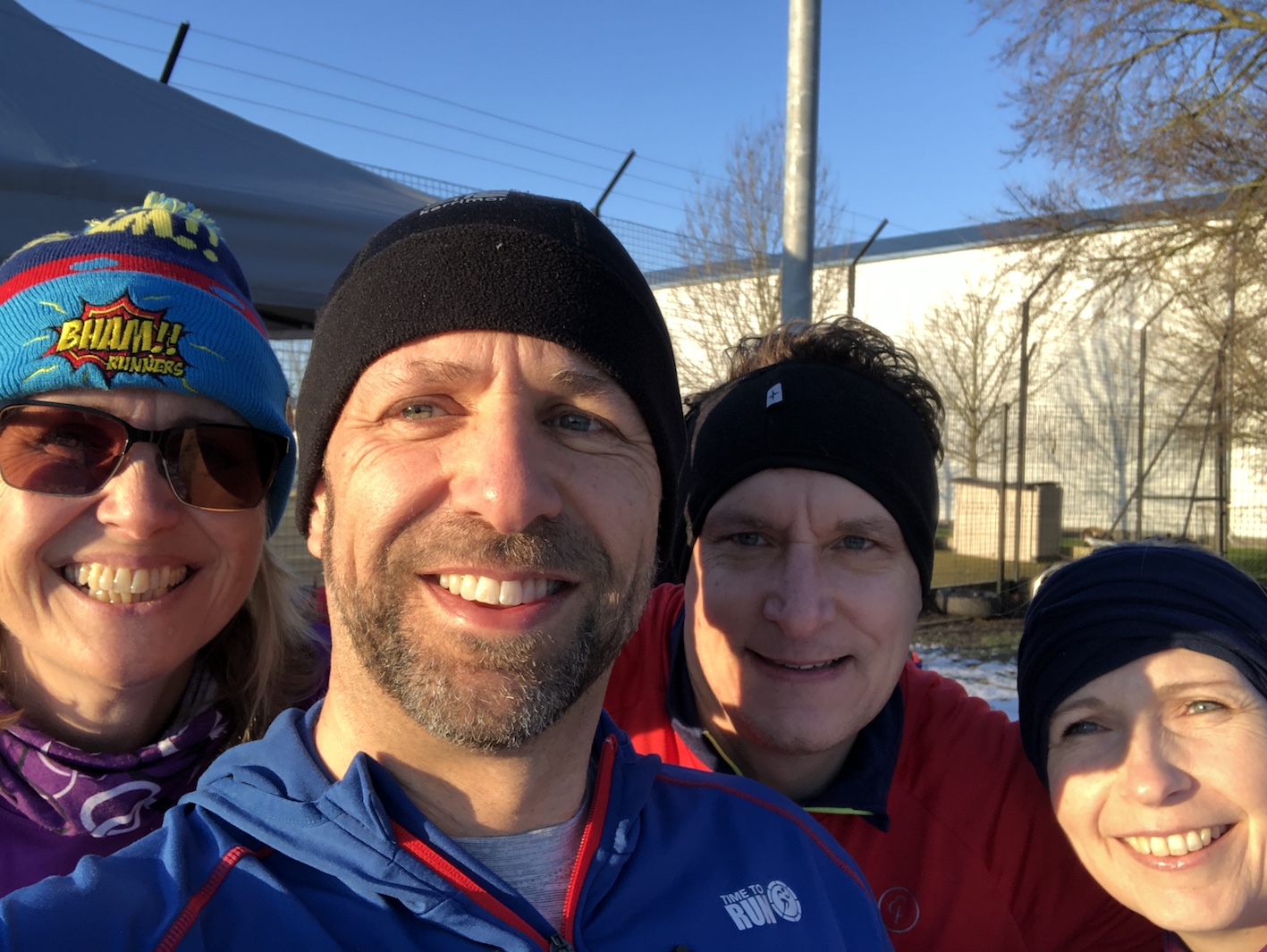 (3) The Centurion completing his Century: 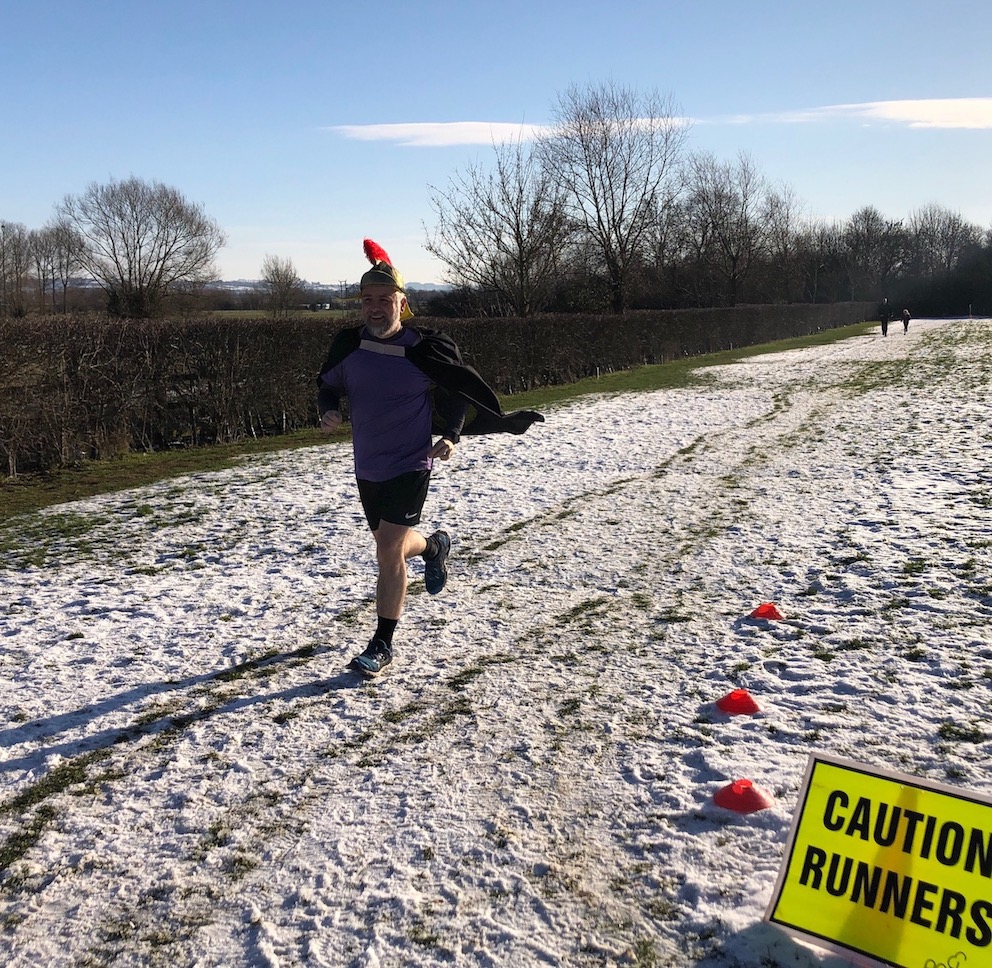 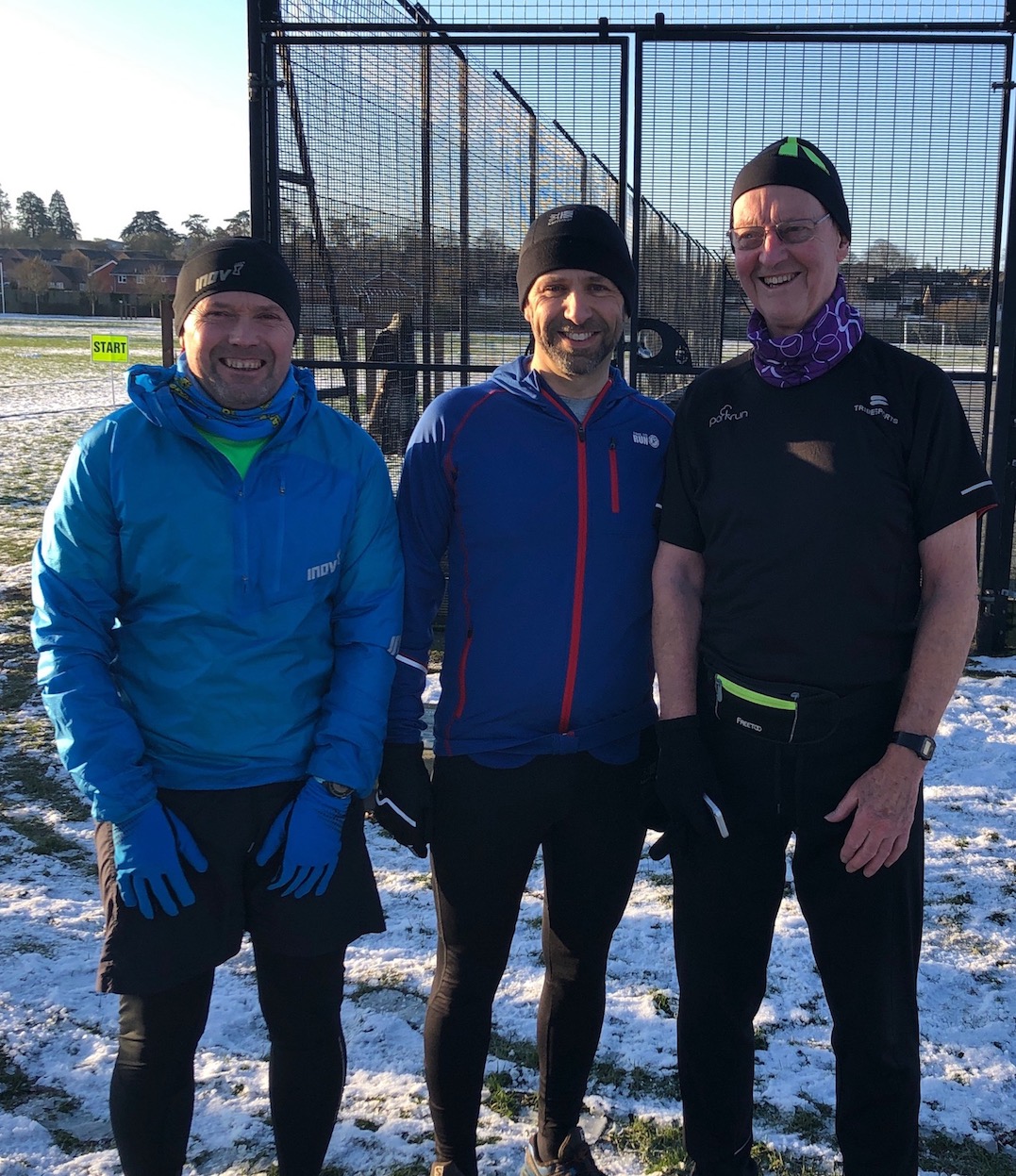 (5) Dave on the home straight (left of the three): 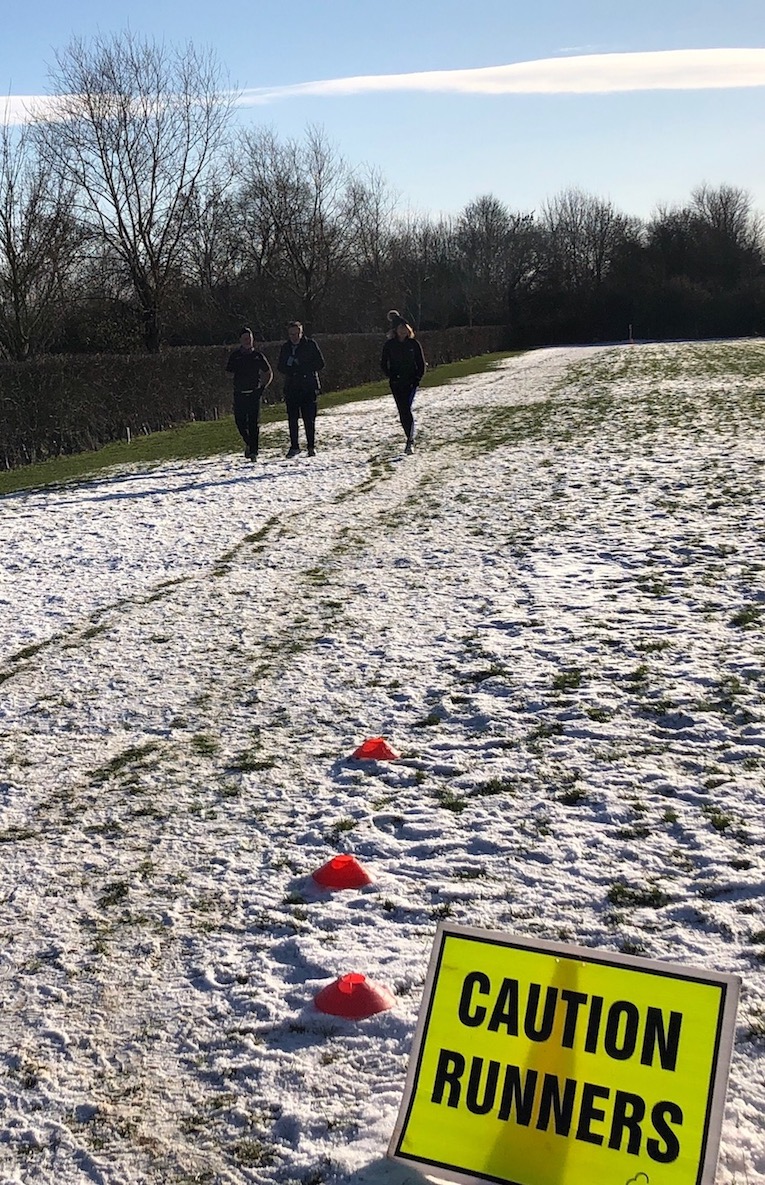 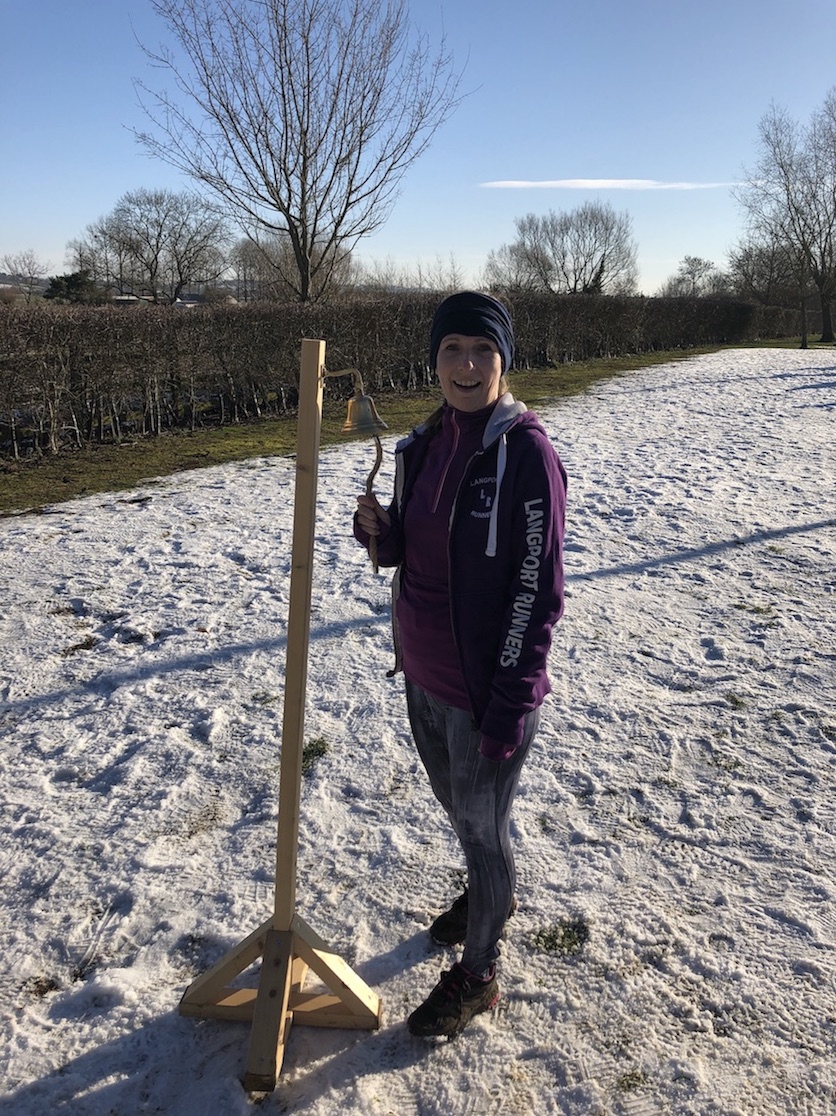 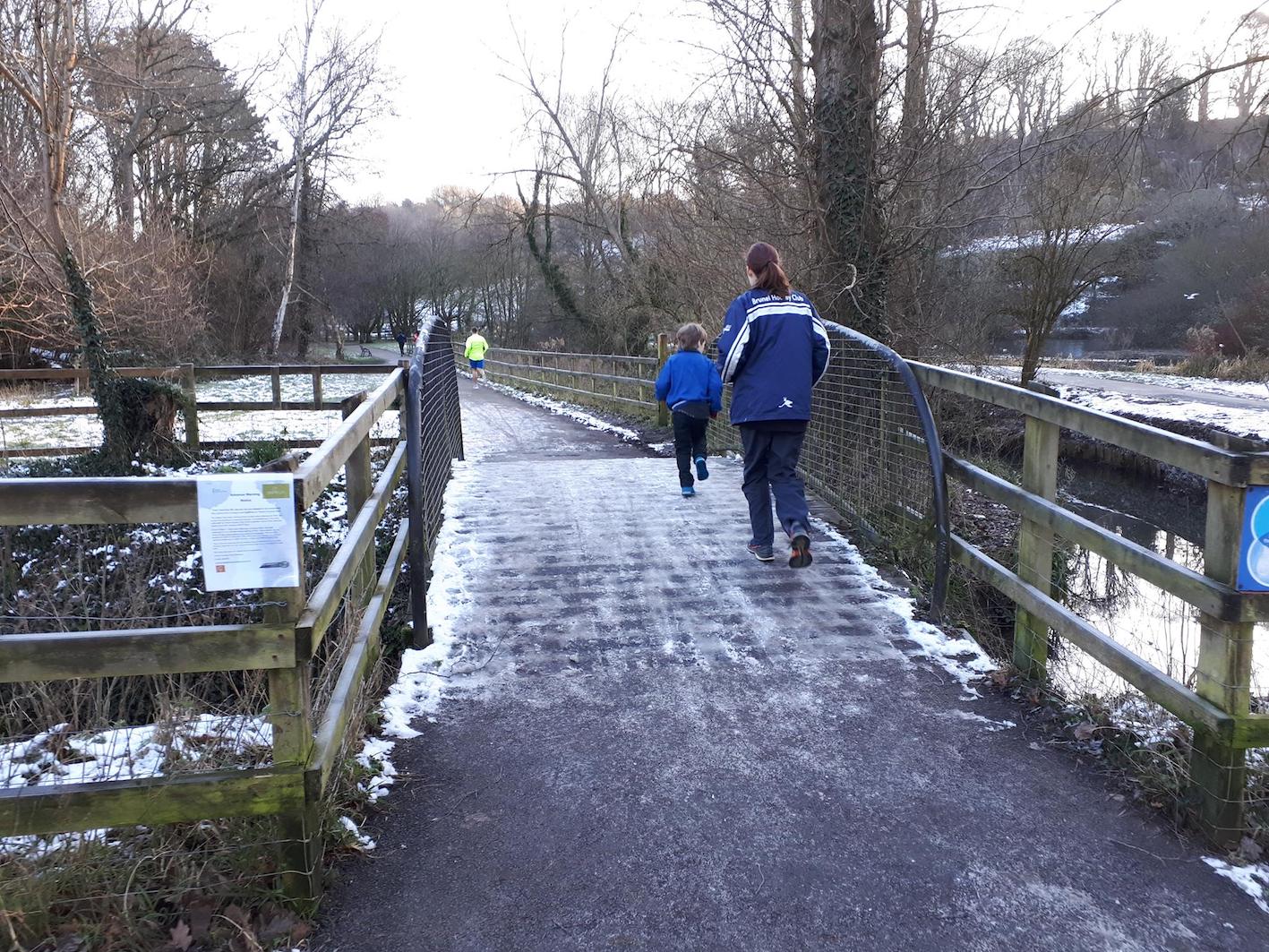