This week saw a change in the weather. Several events had been cancelled on Friday due to the high winds that were forecasted. I was planning to go to Plymvalley my preferred South Devon parkrun but that was cancelled so I went to Torbay Velopark. Just one other Langport Runner had previously ran here (Colin Evans). The parkrun is 2 (flat) laps of the velopark which snakes around itself, so it does mean you can see a lot of the other runners out on the course, you then have about a mile left to run around the football pitches, which are adjacent to the velopark. There is a little copse to run through just before the finish funnel. The wind was very gusty and running into the head wind and side wind was pretty tough. In fact my phone blew out of my hand when I was taking a selfie!

Other hardy Langport Runners were to be found at Longrun Meadow where it was nice to see Dave G produce a sub 40 min run. Nick held the bragging rights in the Pratt family as he beat Rox by ½ % on the graded score. Cathy and Paul both had good runs whish see them top the table.

Over at Street Martin and Richard both had steady runs with Martin just 2 runs away from his 50th run and milestone Tee. Sarah on her 10th run visited Shepton Mallet for the first time.

It's me! (The first long straight). 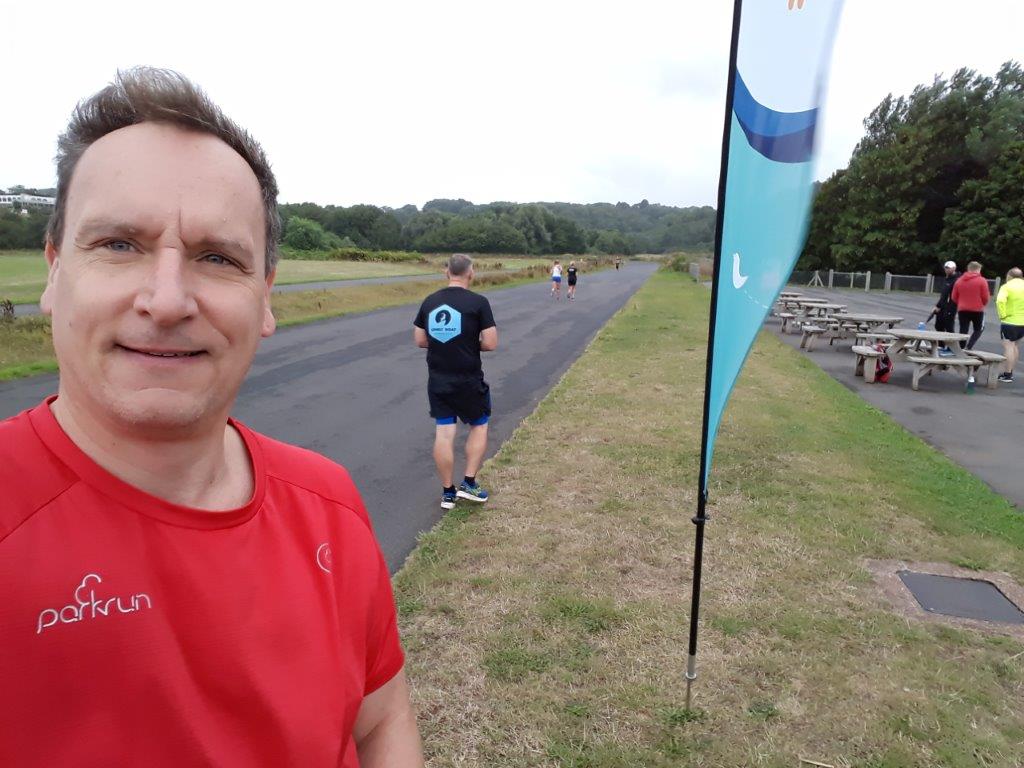 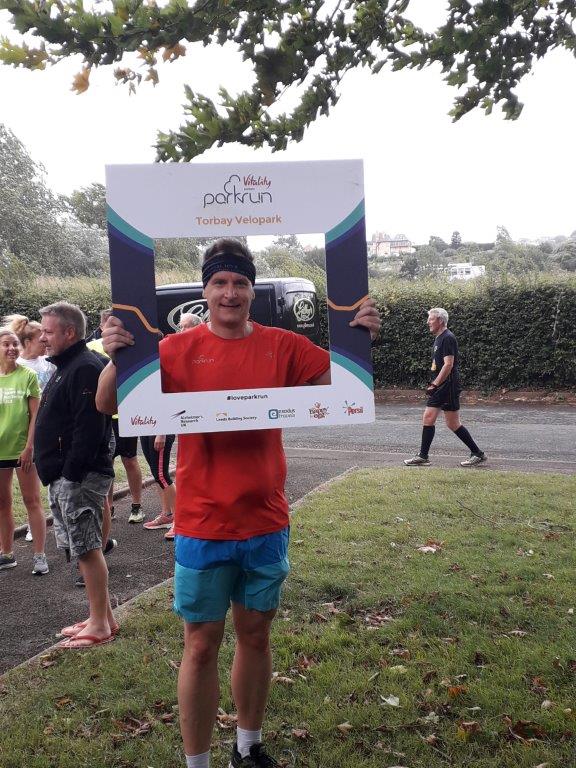 Some other runners at the start 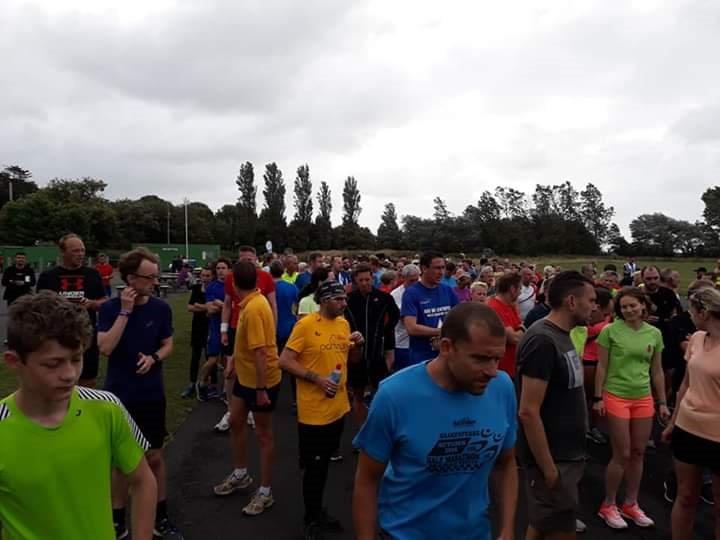