A more select group of Parkrunners than of recent weeks. Only local ones too.

A one off "Barkrun" was being held at Street where we were invited to come along with your dog for one week only; usually
no dogs allowed on the college grounds. With perhaps 20 dogs barking out their excitement to start, the run briefing was pretty
inaudible from the back of the group. Anyway, off we went. Our labrador Bella had a keen start. She was excited by the atmosphere
at the start of the race. After about 1k, we settled into a more usual sedate pace. A bit of walking, a bit of running, a bit of sniffing,
saying hello to other dogs, humans, having a drink each lap and a couple of toilet stops (and that was only me!). We did see Billly
and Nicky at the start and at various points in the distance, but it is fair to say Nicky and I have dogs that match our running ability.
Billy & Nicky topped this week's table, Bella & I somewhat further down. It was a lot of fun, not about the speed for an eleven
year old labrador. Martin and Isaac also ran at Street, next time will be Martin's 50th Parkrun; cake opportunity maybe Martin?
Richard was marshalling; resting up before Sunday's Frome Triathlon.

A Parkrun in memory of Fred Fox was held at Montacute. It would have been Fred's birthday weekend and many wore blue, Fred's
favourite colour. Jean was the sole Langport Runner this week, completing her 7th Parkrun. A reminder that Saturday 7th September
is Monty's 6th Birthday celebrations. The theme is "Pirates in Man's Pants" - interpret that any way you like!

Mike and Gavin ventured over to Pacing week at Burnham. Mike nailed his 27 minute goal. Their numbers were boosted this week
by their local Triathlete club. They cycled to the run, apparently declining a swim in the lake.

Stalwarts Paul, Cathy and Dave G (on his 170th run) ran at Longrun; joined this week by Maggie.

The inaugral Frome Parkrun started this week. 152 runners came along to The Old Showfield. One to try in the future?

This week's many photographs: 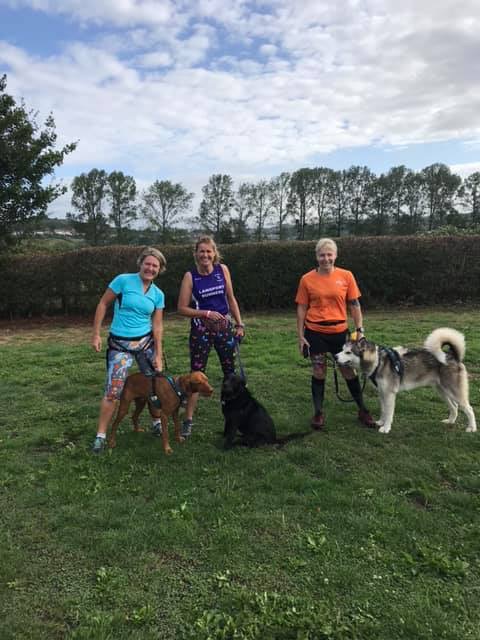 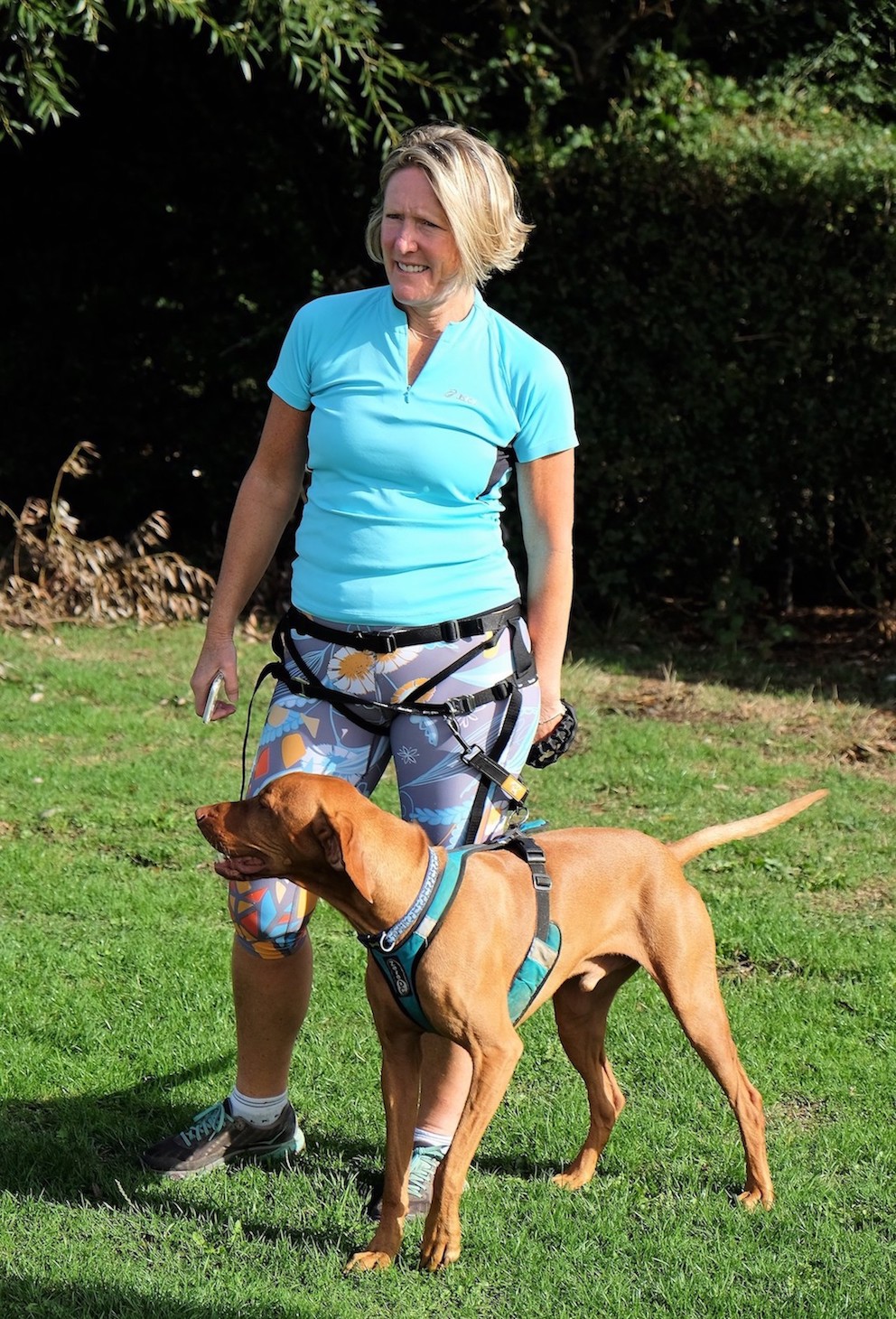 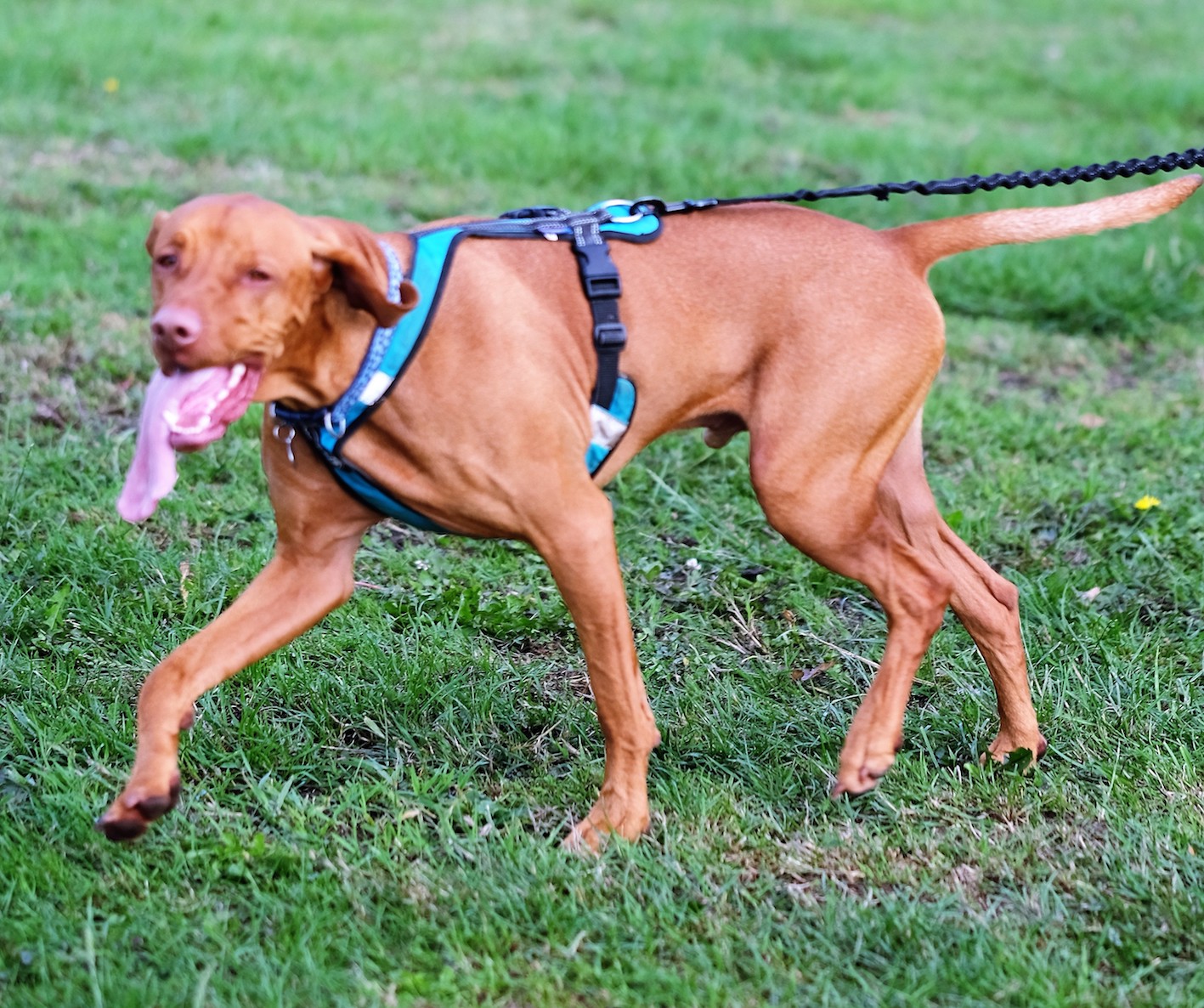 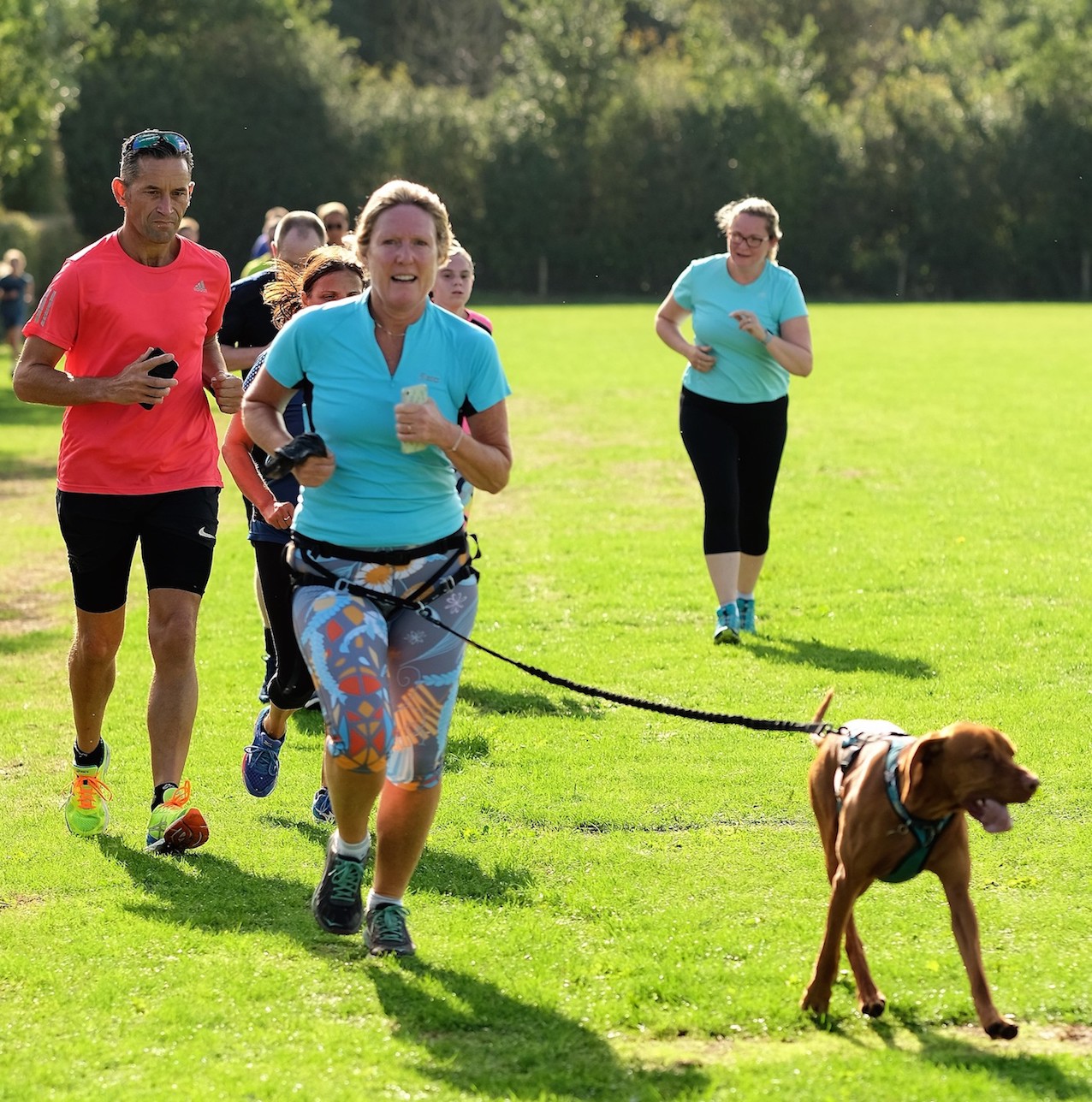 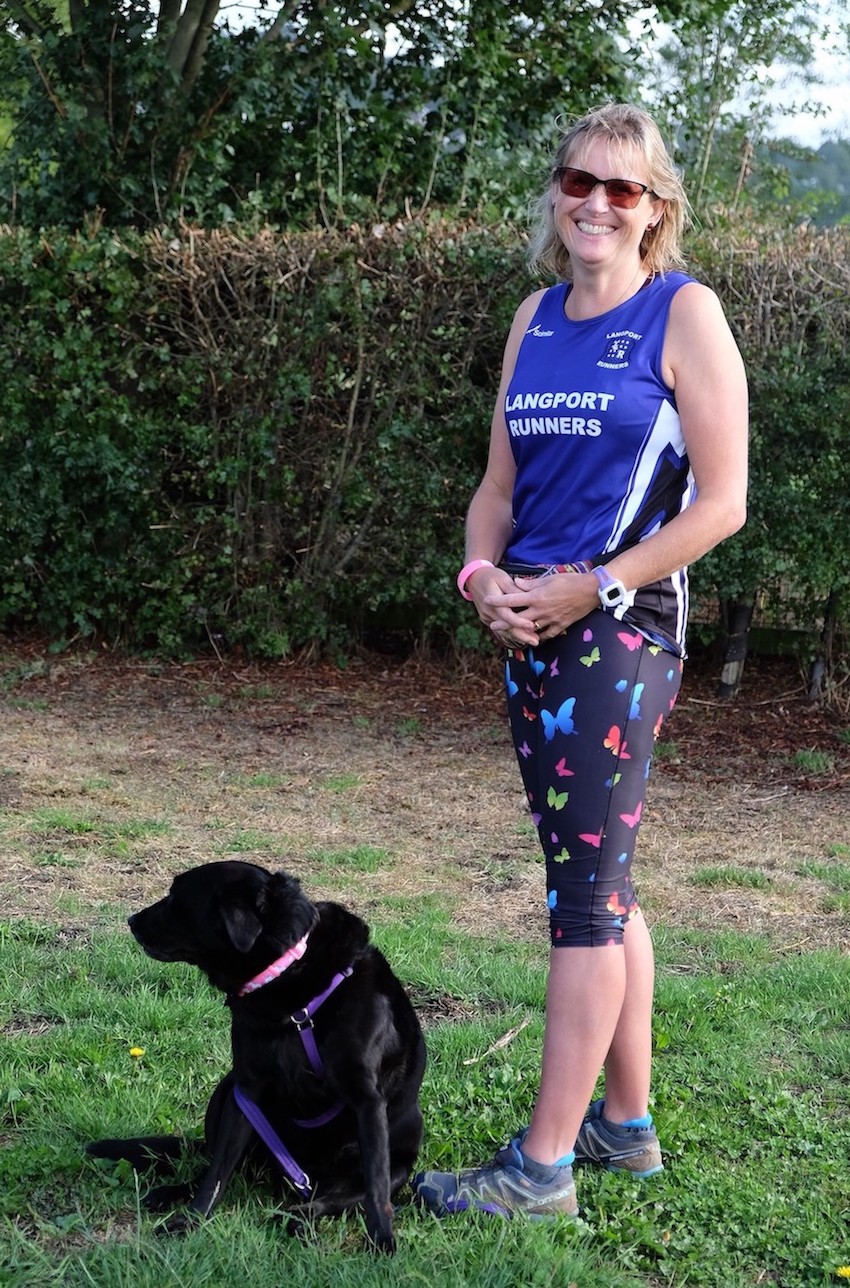 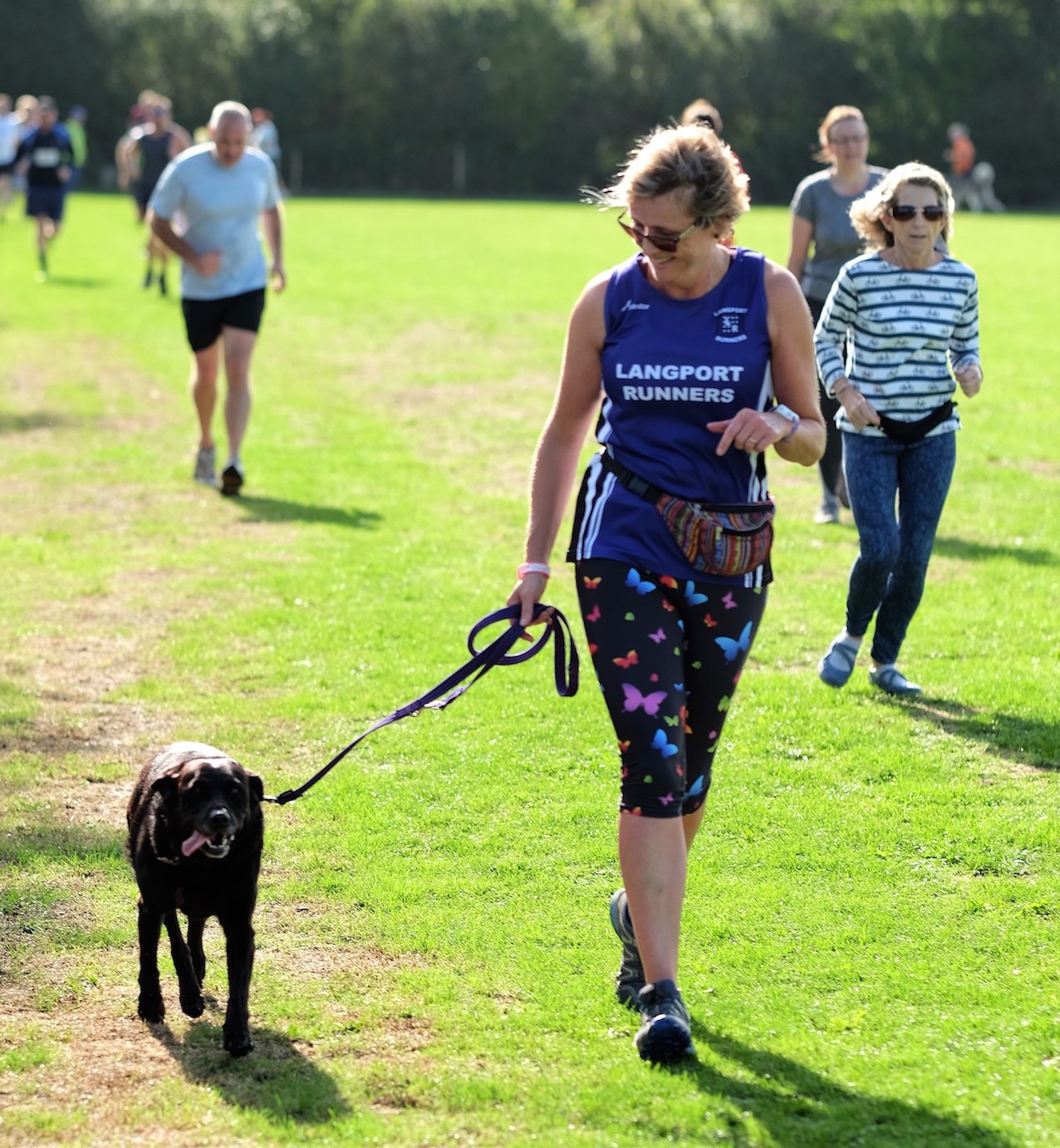 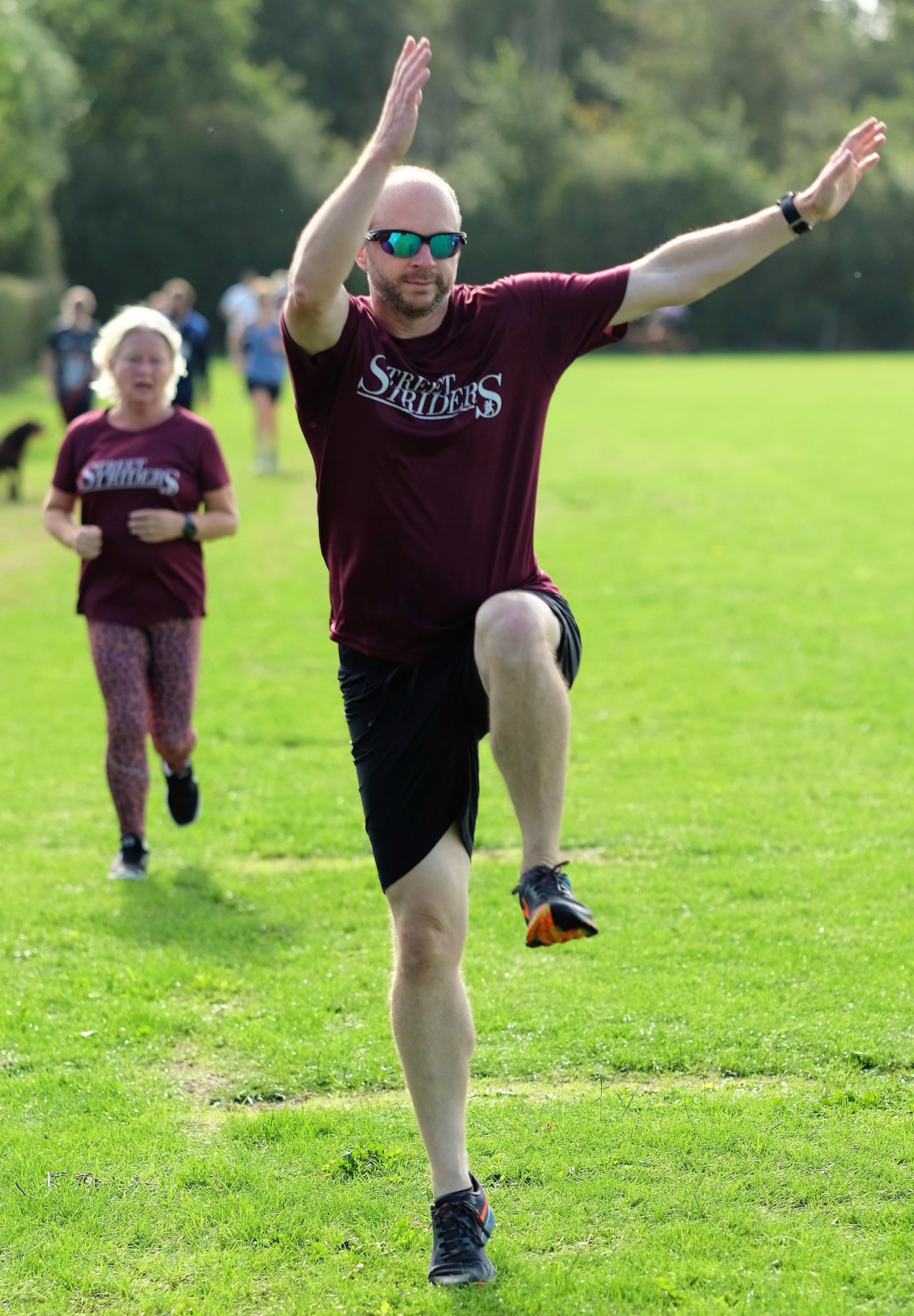 (7) Mike celebrating his another pacing success at Burnham: 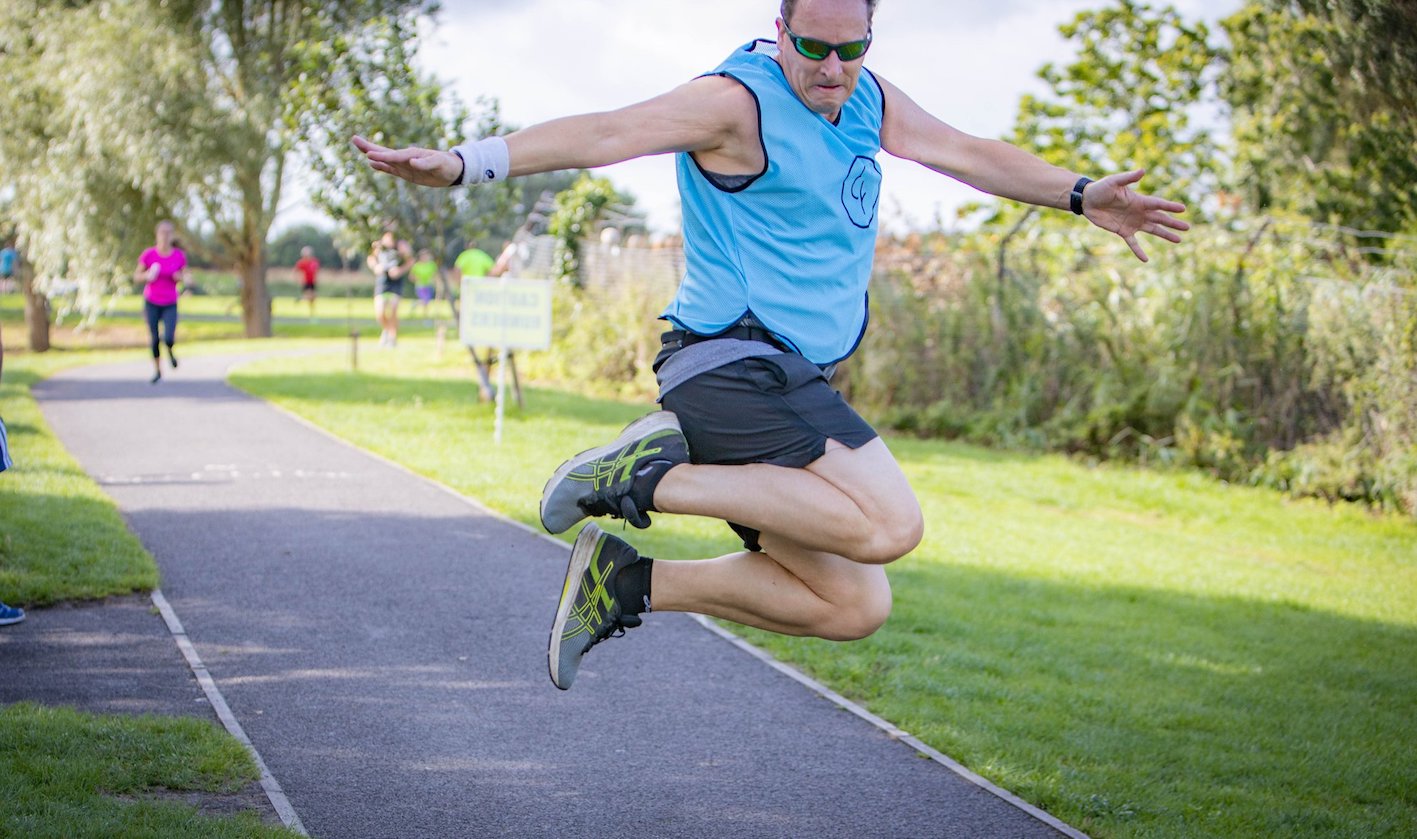 (8) Maggie at the start of Longrun: 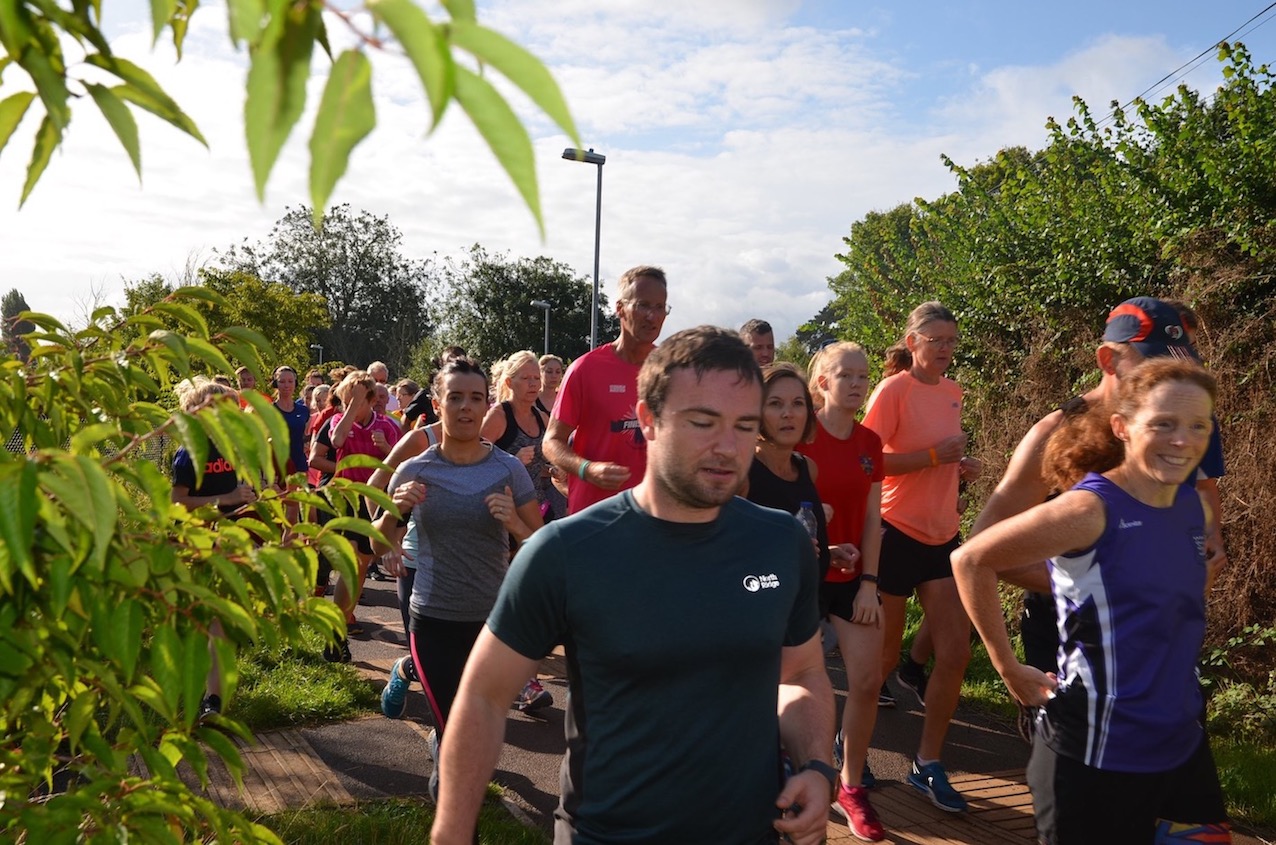 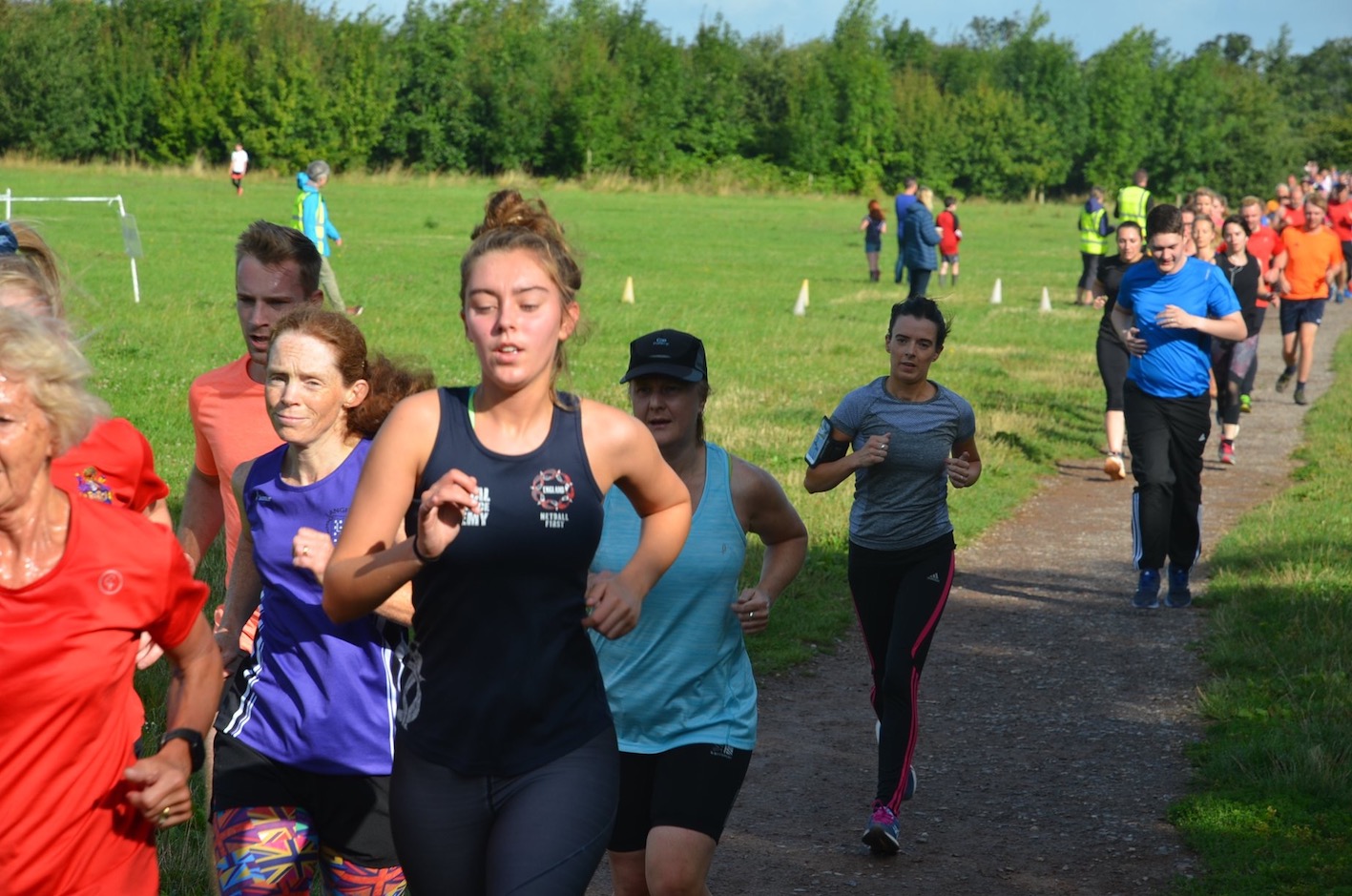 (10) Cathy half way around Longrun: 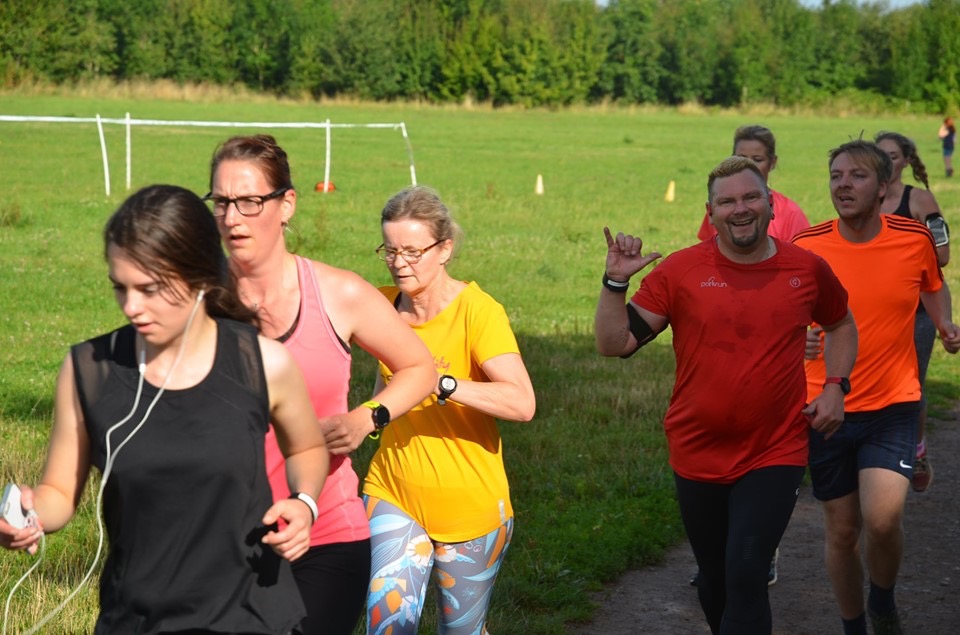 (11) Paul coming into the finish funnel at Longrun: 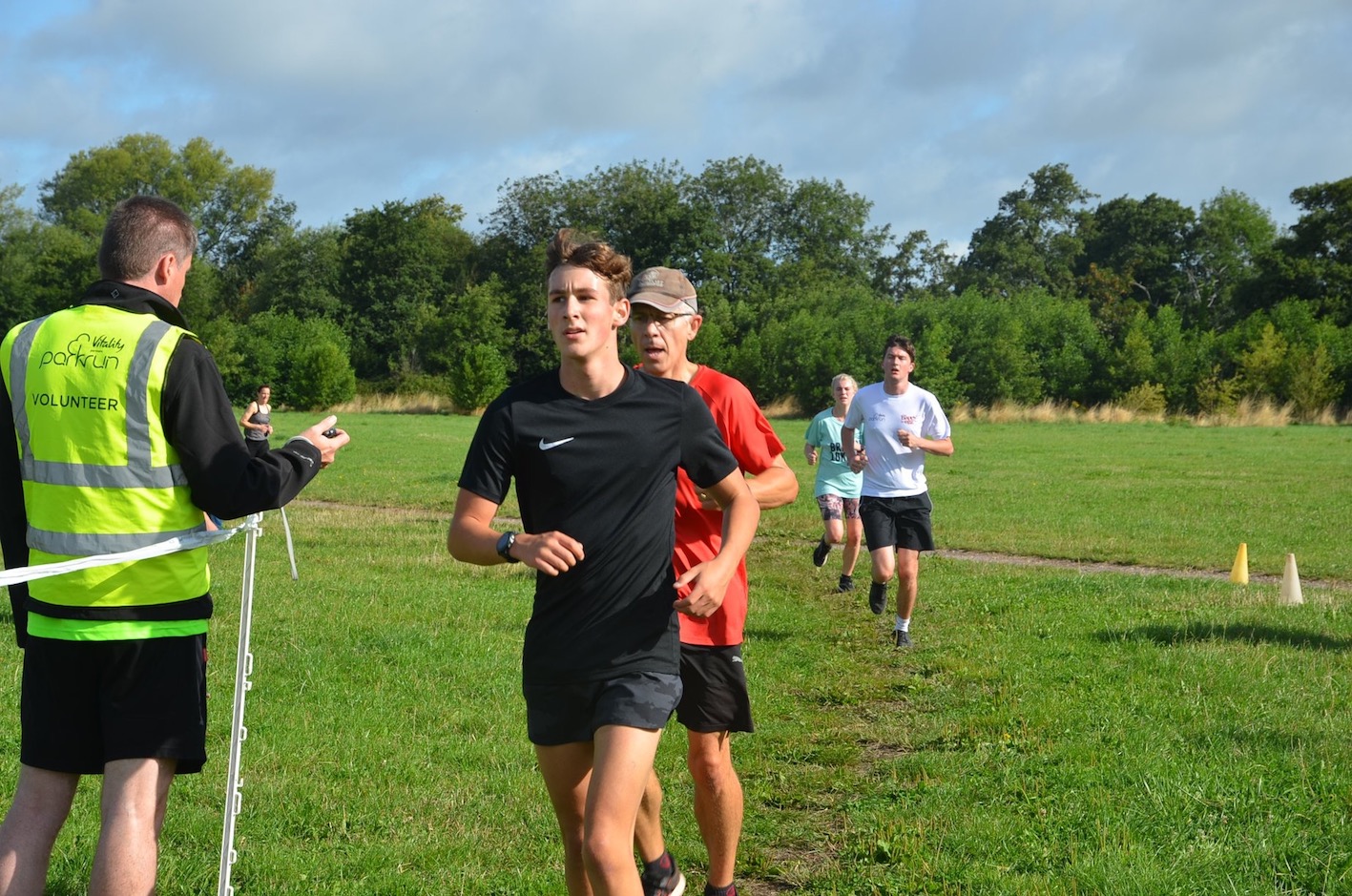 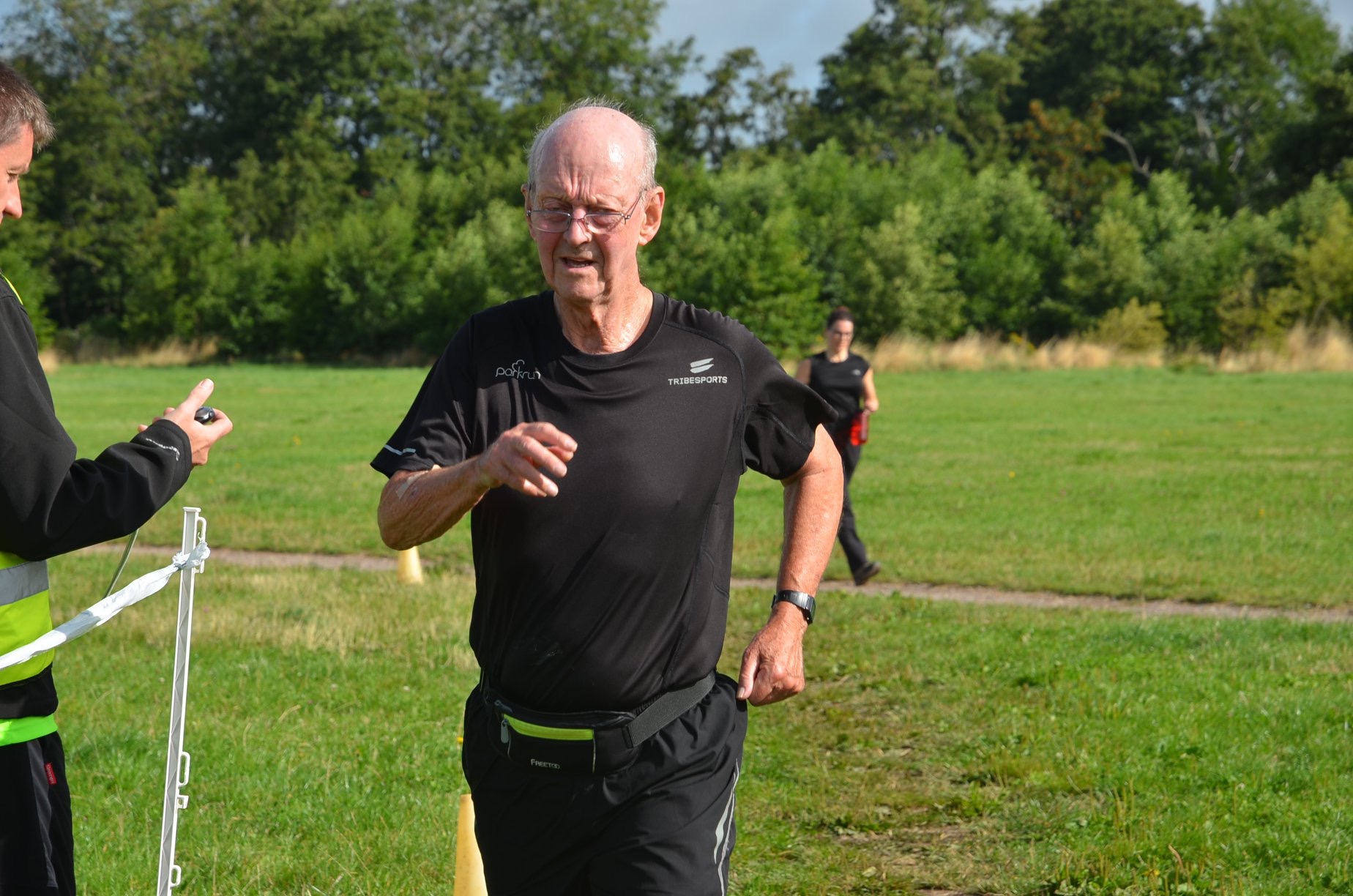 (13) Bella happy with her performance, ready to snooze on the way home: 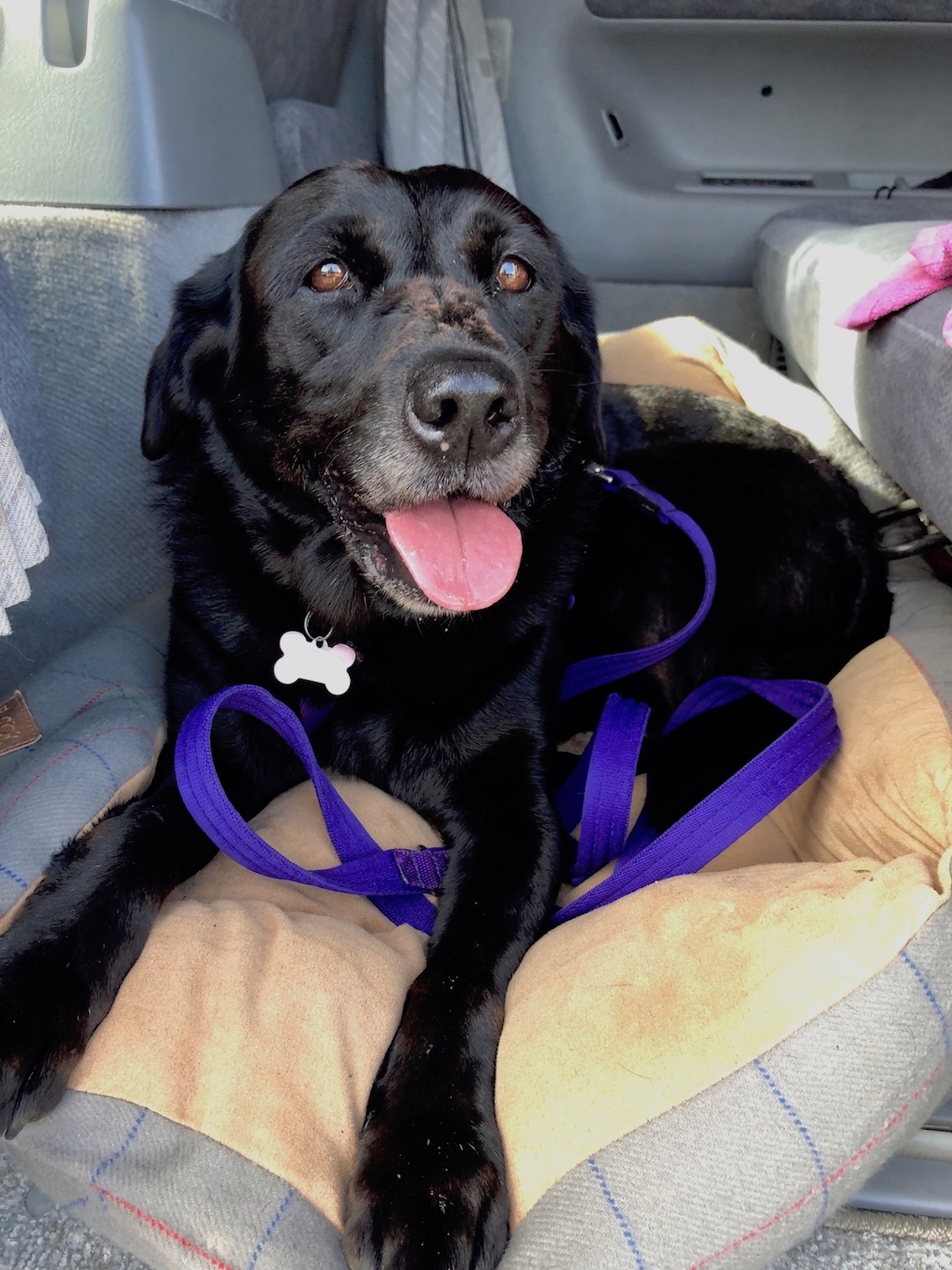