Six different venues this week; the ladies at Montacute topping the table. Well done Liz and Jean. Liz was first again in her age
category. No mean feat with 15 other speedy ladies to compete with.

It was 'Odds Pacer Week' at Monty, perhaps this helped Jean and Liz? Unfortunately the wind got up at the end of Saturday’s run
and the Gazebo became a casualty – to the extent that it is an ex-gazebo! They ask "if anyone has a spare gazebo knocking about
that could be loaned, even if for a short period'.

And "please remember that it is our 6th Birthday run this coming Saturday, 7th September and the theme will be “Pirates in Men’s
Pants”!! (similarity to Pirates of Penzance is completely intentional and am already working on next week’s Report!)

It would be good to have as many Pirates as possible, so if you’re feeling a bit nautical – there is a promise of biscuits in the
Courtyard Café afterwards if you can please join us (if anyone wants to make a birthday cake, that would be nice too!)"

Longrun saw Hazel, Cathy and Dave G. Hazel achieving our sole PB of the week; which she held for 2 years. Cathy continued her
weekly improvement and Dave G came dangerously close to his 40 minute target.

Maggie was one of 17 runners trying Shepton Mallet for the first time. She ran her 40th Parkrun. This week the course welcomed
their first self-propelled wheelchair athlete.

Martin completed his 50th Parkrun at Street, this was Martin's 22nd Street Parkrun (plus many volunteering stints). Richard was
also there running Street for the 28th time, out of 38 runs overall.

Nick and I touristed over at Henstridge Airfield. Driving through a trading estate ending up at the airfield isn't the most
inspiring of venues. I imagined it would be a pretty dull run on tarmac and probably windy and open. We partly tried it to gain
the "H" in the Pakrun Alphabet and, at the start, I imagined we would just go there once. However, once you are off the lumpy
tarmac start, it is really quite an interesting run. Up and down grassy paths. Lots of rabbit holes to avoid and partly through
trees and around a lake. Lifting a paragragh from their report, I couldn't have put it better myself:

"Henstridge Airfield parkrun may not be the quickest course I’ve run, but it’s certainly the quirkiest, and it’s an interesting
departure from the usual 2 or 3 laps of a surburban park" - I completely agree. I would like to go back, prepared with correct
multi terrain shoes and have another go. Maybe we will go back for their first birthday celebrations:

"Don't forget that 14th September is our 1st Birthday parkrun! If you would like to celebrate with us feel free to dress in your
brightest running gear (details to follow)." An opportunity for some Flanci gear and Nicky(?) to head over there in a couple of
weeks and brighten up the run? 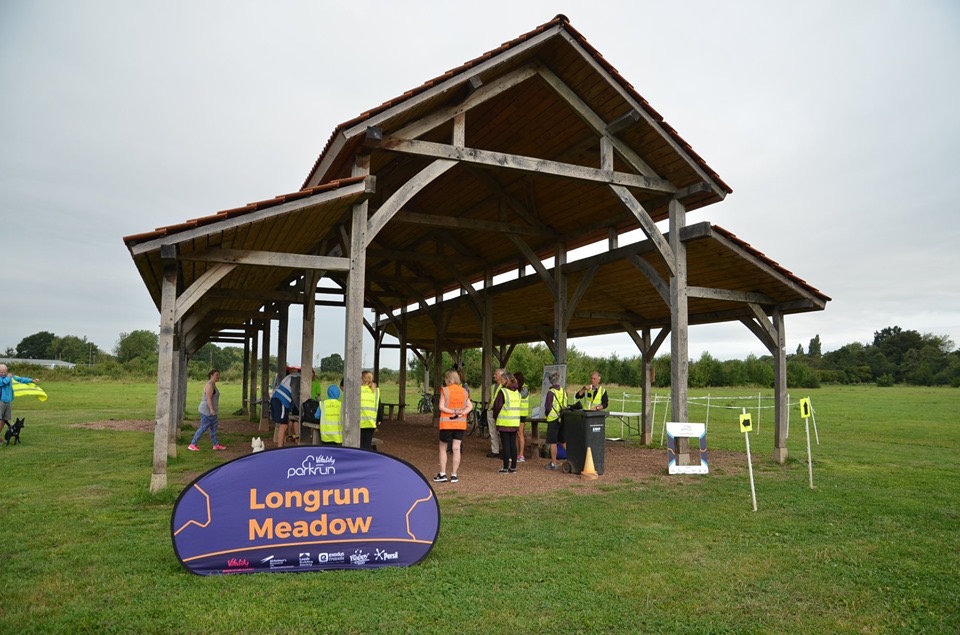 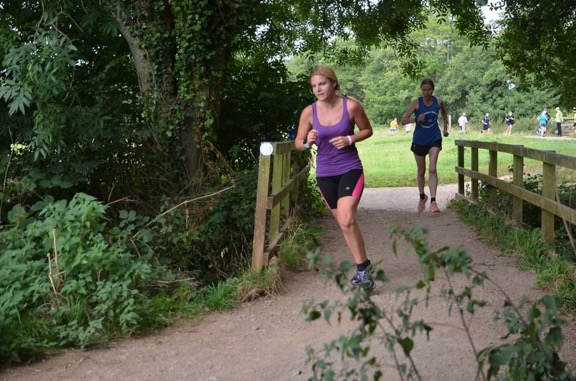 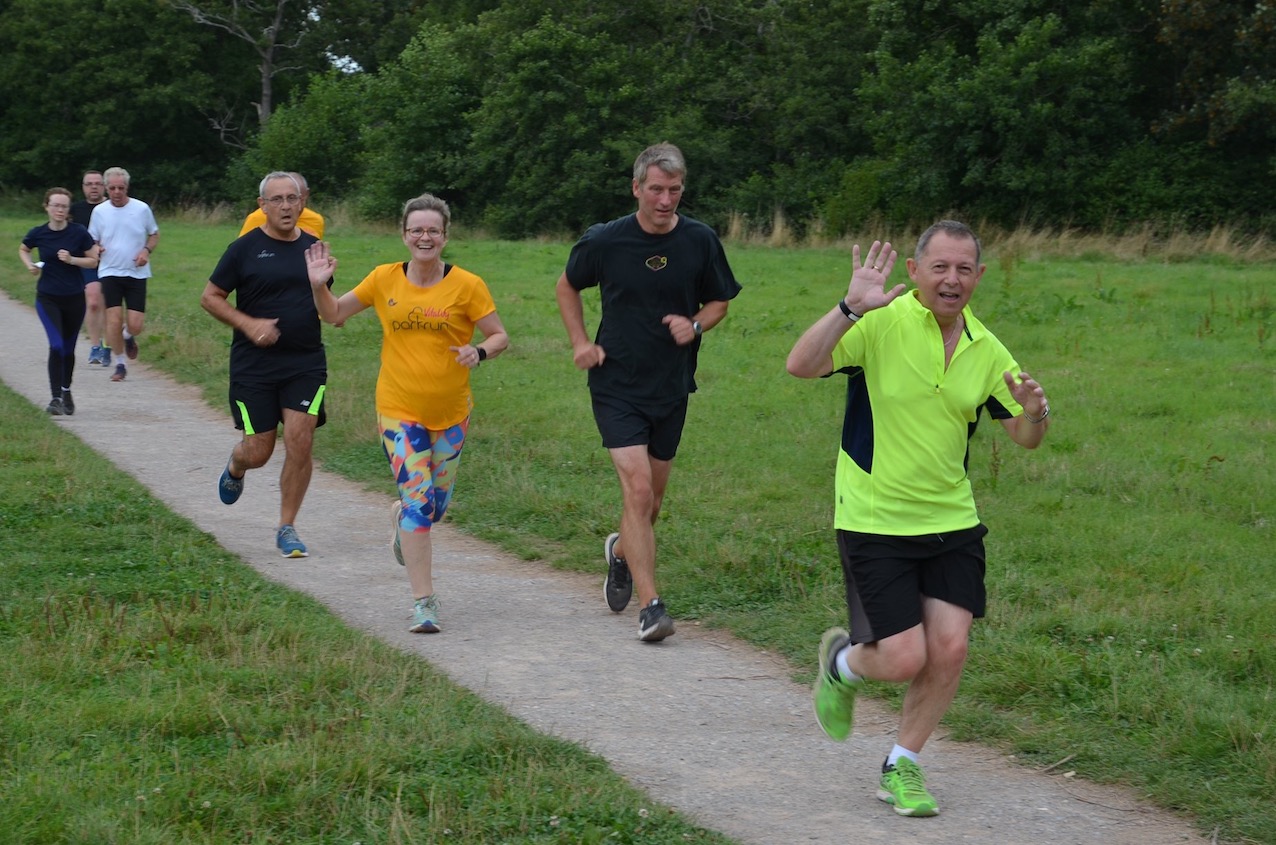 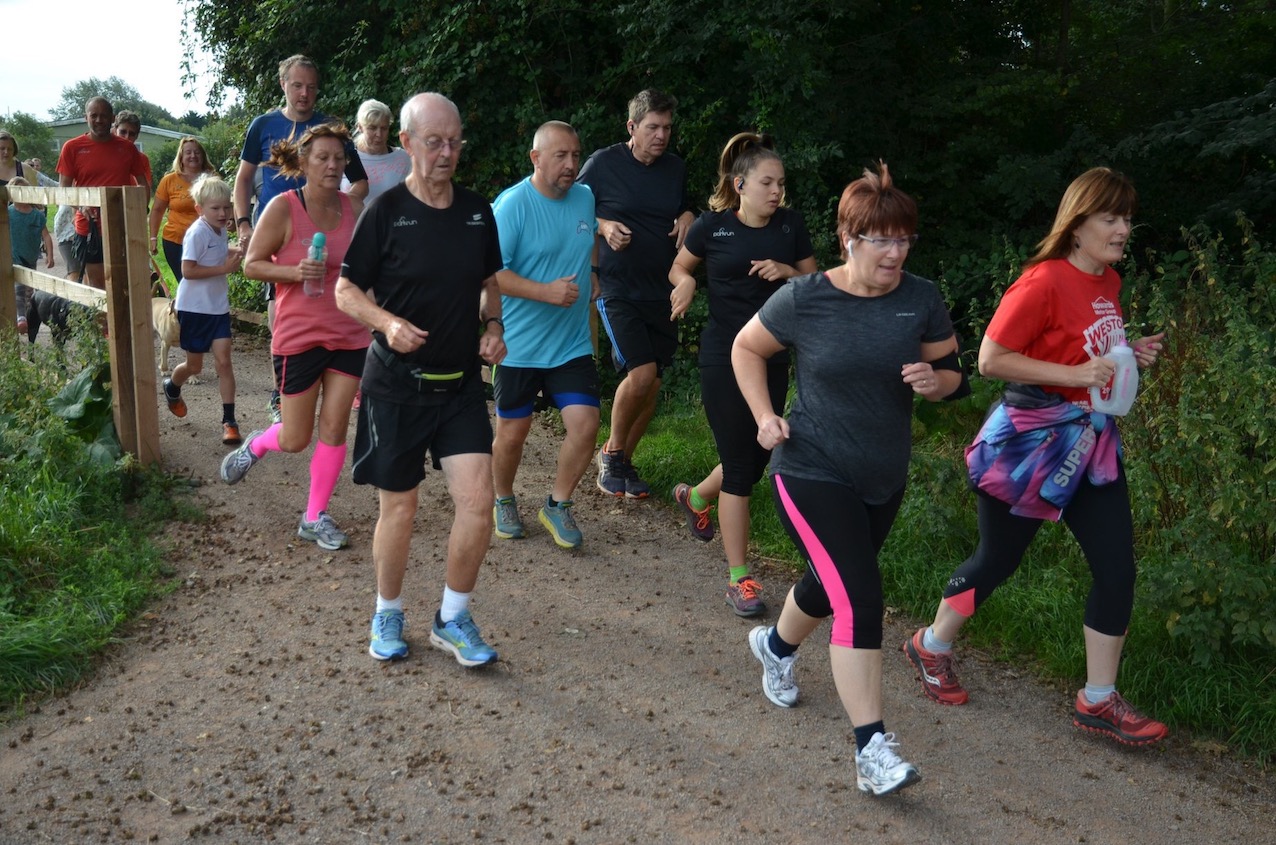 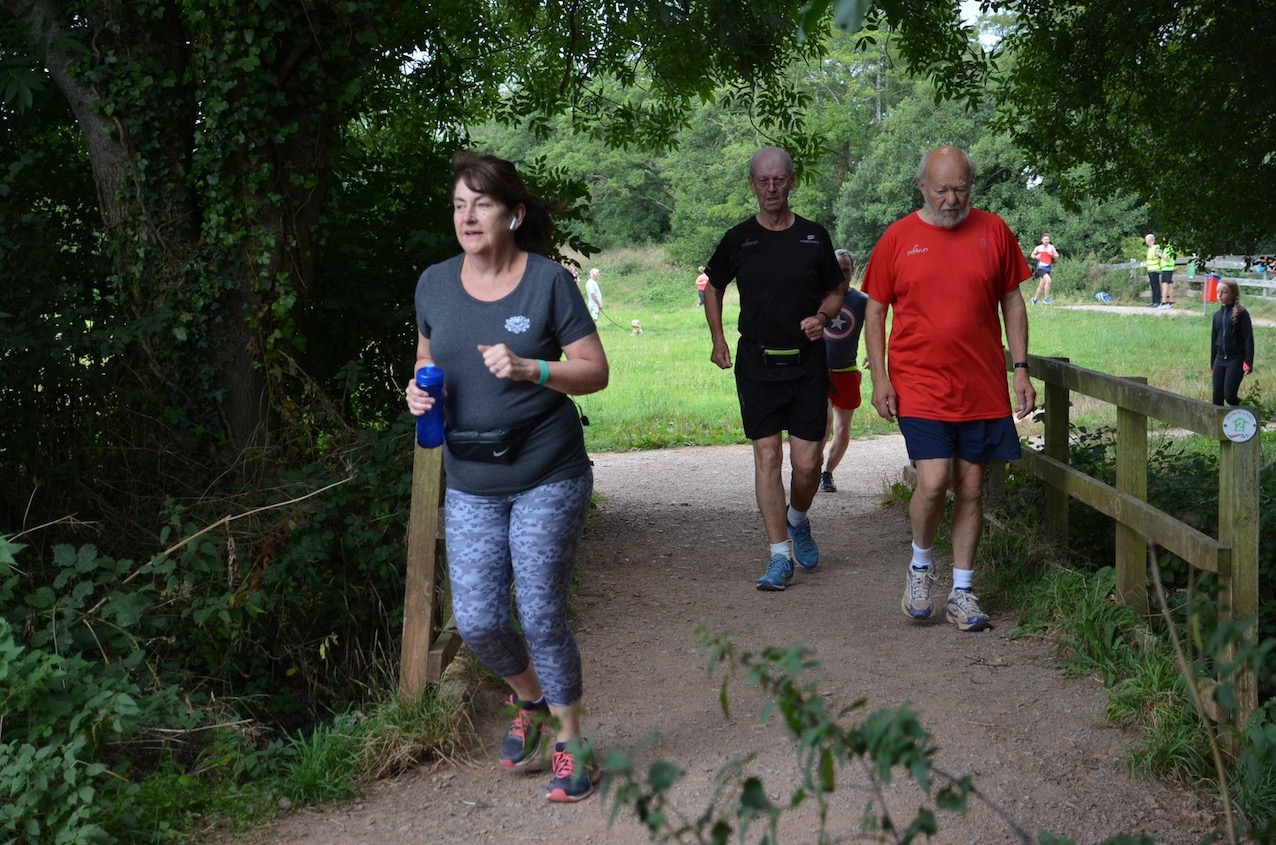 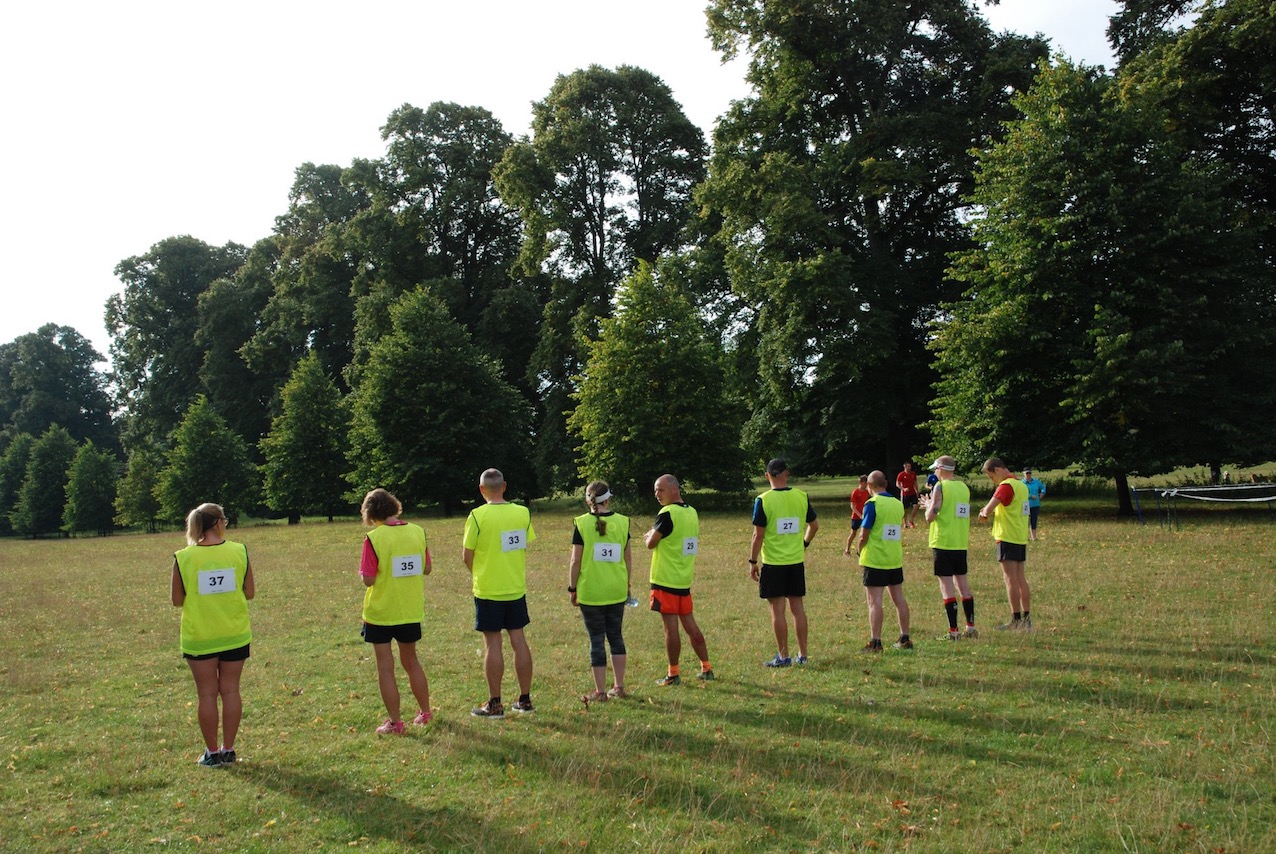 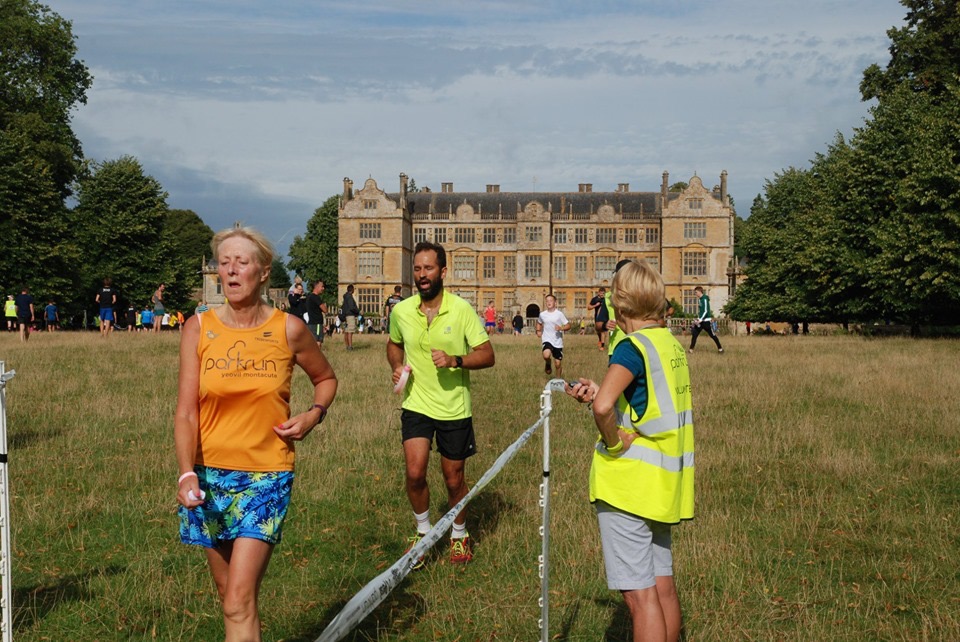 (8) Mike being framed in Margate:

(9) Rox to be found at the bottom of this week's table with a first run at Henstridge Airfield: 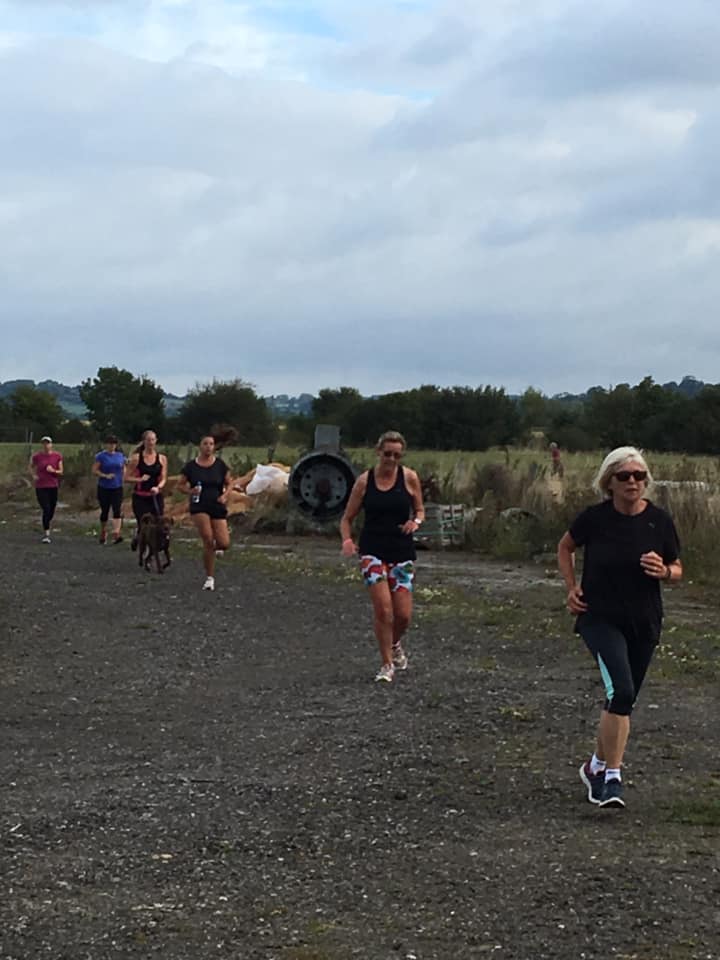