It was an early start on Sunday morning for myself Selina and Neal.  We left Neal’s at 7.00am on rather a chilly morning for the trip down to Cornwall.  It was my 4th Marathon, Selina’s 16ish (She is not quite sure) and Neal’s 51st  (He is sure) and his 5th time running of this race.  I was feeling good and my training had gone well, involving plenty of hills, I was raring to go.  Selina and Neal were both out of sorts in the morning both suffering from cold type symptoms (getting their excuses in early some might say) - Not me though!

Some say the Cornish Marathon is one of the toughest road Marathon in the UK with 635meters of elevation.  It’s certainly got to be one of the most beautiful!   The race starts at Millenium House Pensilva and after two laps of the town, heads out to the Jamaica Inn via Tokenbury Corner, Darite , Golitha Falls & then at Jamaica Inn turns to return via the Draynes Valley to Golitha Falls before returning to Pensilva through Darite & Crows Nest.  It is a circular out and back course, run on open roads and the support at the key points mentioned above is great and gave everyone a real lift.

As well as stunning scenery on Bodmin Moor there are some very tough hills which provide a real test of stamina for all the runners especially between mile 24 & 25 just as your legs have just got used to a 4ish mile flat section along Draynes Valley.  The last ½ mile back in to Pensilva was downhill and very nice on the legs especially after the last couple of miles.

The race was won Oliver Jones in a super quick time of 2.52.49 a course record.  We also had a runner who ran the whole race wearing a very heavy awkward Pasty Costume in order to raise money & awareness for Prostate Cancer with a time of 5h 20m. A super effort. Also in the race was the legendary marathon man Danny Kay – the 76 yrs young man running his 706th Marathon.

Selina had a great race and came third in her age cat and even beat her training partner who for a change struggled a little toward the end.  I suspect due to the amount of medicine she had taken she would have failed a drugs test though! (only teasing Selina).  I was really happy with my time.

This race is excellent value and for £26 we got a hoodie, engraved medal, tea, banana and a Cornish Pasty.  Although if anyone is keen to do this next year make sure you train on the hills. 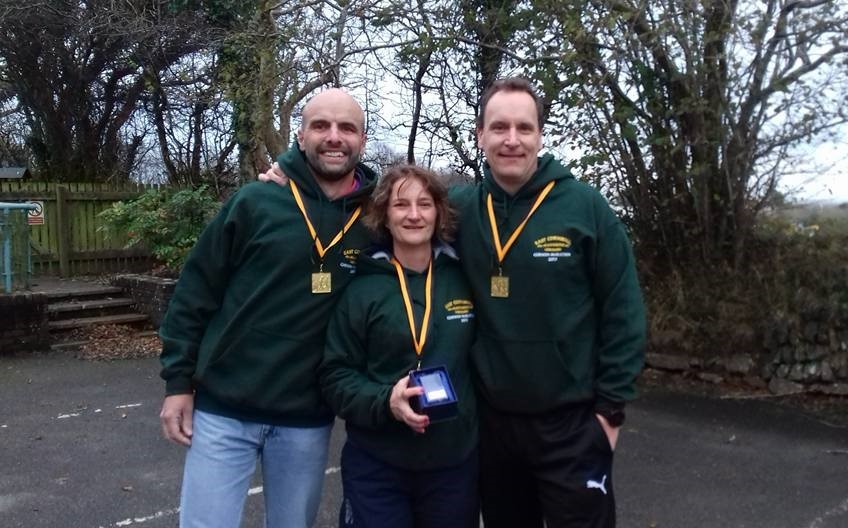 Selina 3rd in her age Cat: 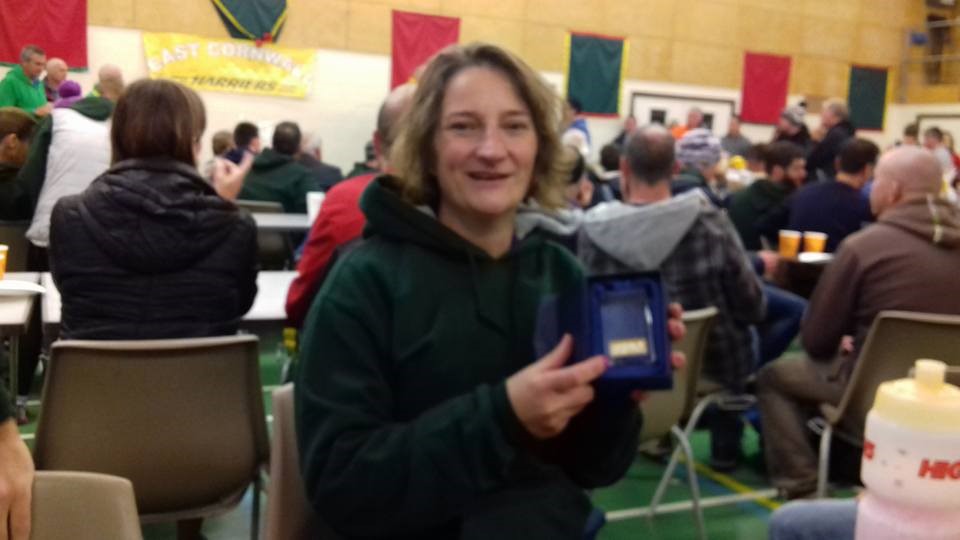 How you finish a Cornish Marathon 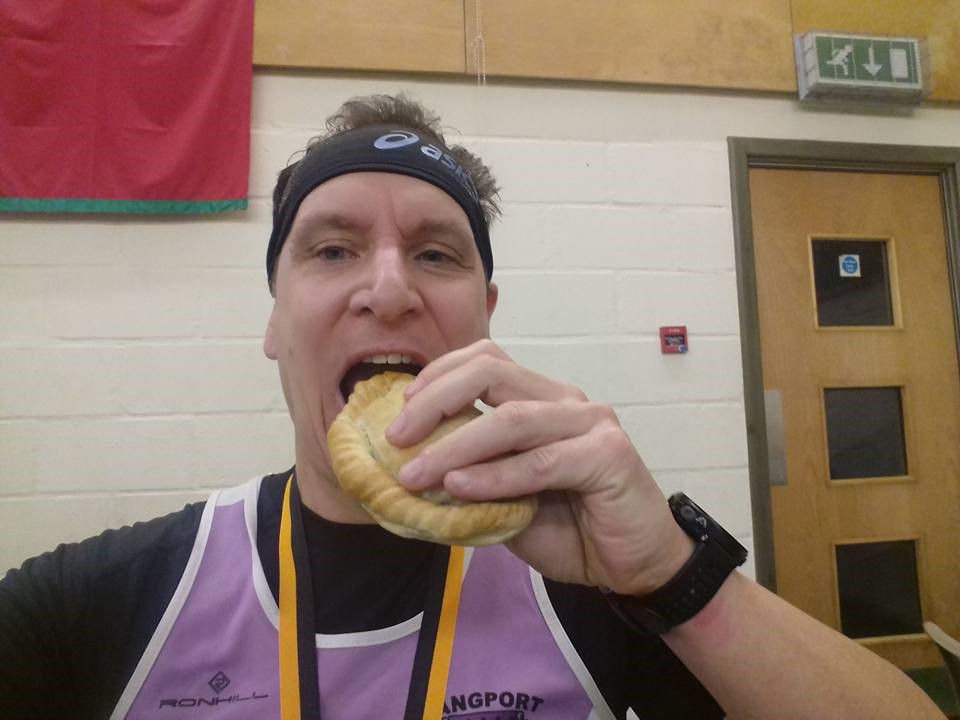