The 2017 Christmas Cracker 10k took place on Sunday December 17th. This was a great fun 10k for all standards of runners. All runners are actively encouraged to wear fancy dress or at the very least one piece of tinsel. The race is organised by Weston AC who Marshal the race with plenty of encouragement.
The start is under the pier at Weston Super Mare and is chip timed start and finish which is just as well as there were nearly 2000 runners taking part. It is a lovely flat run involving a couple of loops of the beach with one long run to the top of the beech and then back down the prom and back onto finish under the pier. The course as you can imagine is pretty flat. 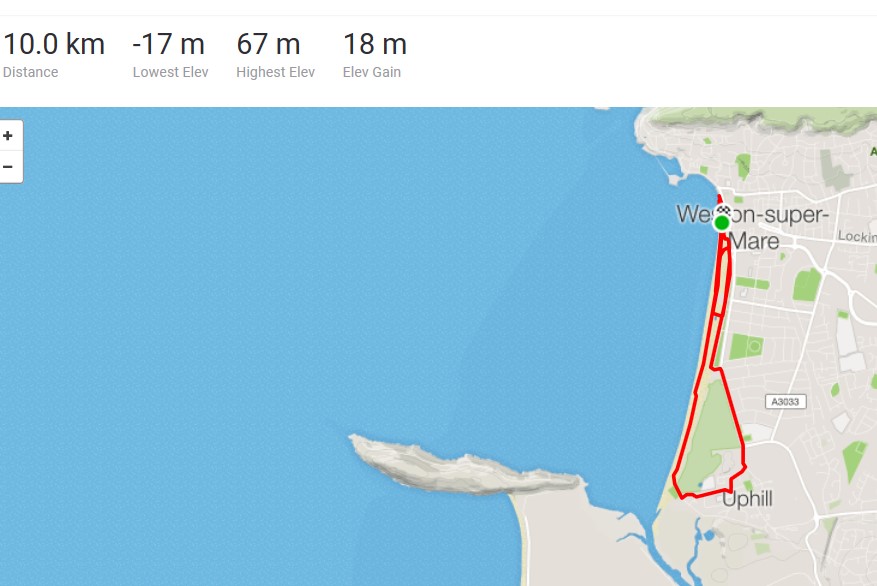 It was Kate’s first race as a Langport Runner and she stepped up to the plate by recording a PB by nearly 6 minutes. I paced her over the first 9km and then decided to have a little sprint at the end and overtook 94 other runners, which nearly killed me.
Maggie and Mark also dressed up and had some fun too and look who was the top Langport Runner, the one and only Paul Gold. This is a really festive fun 10k and I recommend you give it go next year.

Here comes Mr Gold where is the tinsel? 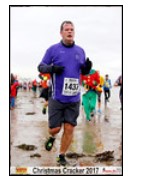 Mary & Joseph on a blow up Donkey. 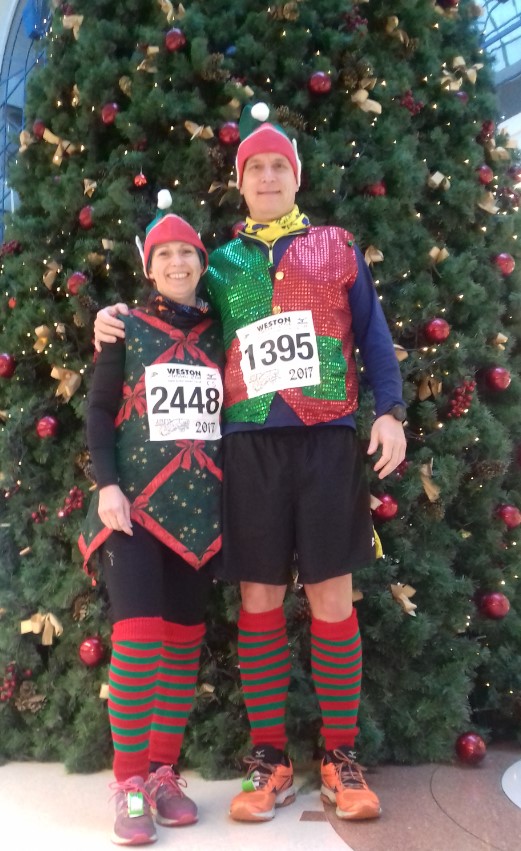 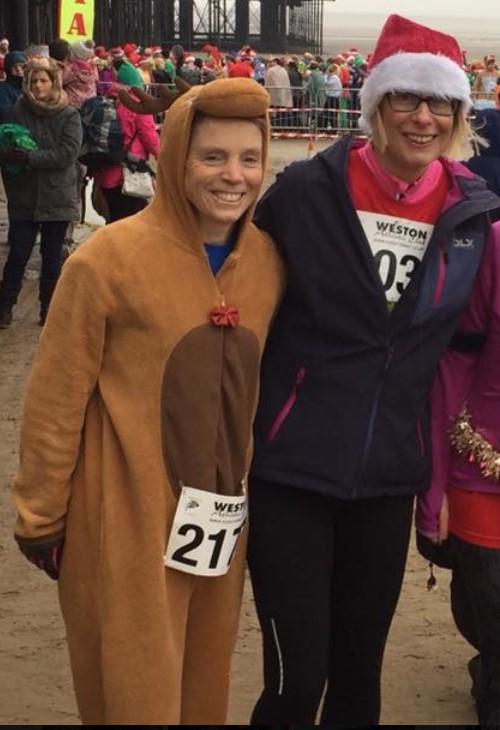